(Reuters) -Sodexo on Wednesday said it expected 2023 revenue and profit margins to hit 2019 levels, as the French catering and food services group rebounds from the pandemic and increases prices to cope with rising food and energy bills.

The outlook reflects the relatively swift recovery by the catering industry this year as major sports events have restarted, shops have reopened and more people returned to offices after coronavirus restrictions eased.

After being hit by COVID-19 lockdowns, caterers are trying to renegotiate tariffs and supplier agreements as the sector faces soaring energy and food prices triggered by Russia’s invasion of Ukraine, both major wheat exporters.

Sodexo said it has passed a good portion of inflation to its clients, but flagged difficulties in negotiating price increases with some customers, particularly in the public sector and schools.

“If the client does not want to increase prices, we will reduce the offering,” chief financial officer Marc Rolland said in a call with media, adding the company has also substituted some products and changed its menus to cut costs.

“In spite of this, we cannot pass all the inflation we’re going through,” Rolland said.

The group, which serves businesses, the armed forces, hospitals and schools, employed more than 400,000 people last year. It said revenue from its main on-site services unit reached 99% of its 2019 levels in the fourth quarter.

Jefferies analysts said all divisions except for education were performing better than expected.

“These results suggest Sodexo is navigating higher inflation, no longer losing market share, and finally benefiting from industry outsourcing tailwinds,” they said in a note.

Sodexo forecast organic revenue growth of between 8% and 10% for 2023, driven by further progress in new business and inflation, and underlying operating profit margin around 30%.

(Reporting by Federica Mileo in Gdansk; Editing by Josephine Mason and Mike Harrison) 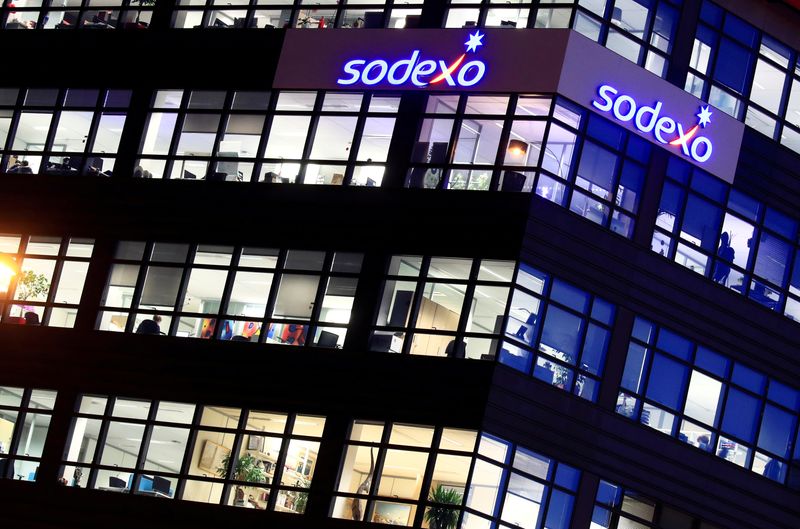