Esquivel, who is considered dovish and was appointed to the bank’s five-member board in 2019, did not project when the rate would hit what he called its terminal level in an interview with Reuters on Tuesday.

But he stressed that it was “important to start thinking about” what that level would be using the so-called ex ante real rate, defined as the difference between the nominal interest rate and expected inflation.

“Expected inflation for 2023 is around 5%, roughly, which means that a rate of 10.0% or 10.25% would be compatible with a level for the real (interest) rate that I think is high enough and restrictive enough,” Esquivel said.

Banxico, as the Mexican central bank is known, has aggressively increased the key interest rate 525 basis points to a record 9.25% this cycle, which began in June 2021, as inflation surged above a two-decade high.

“Once we reach the terminal rate, the discussion needs to be how long we stay there and we would have to see how observed inflation evolves in 2023,” he said.

Esquivel said that Banxico, whose autonomy is guaranteed by the Constitution, was committed to its mandate of keeping inflation in check, but not in a way that would “inflict an excessively high cost” on an already weak economy that is still recovering from the pandemic.

Private analysts polled by Banxico see Mexico’s economy growing 2.0% this year and then slowing to a 1.2% expansion next year.

Headline annual inflation in Latin America’s second-largest economy stood at 8.53% in the first half of October, a more than two-decade high and far above Banxico’s inflation target of 3%, plus or minus 1 percentage point.

But forecasts show consumer prices easing next year and Banxico sees inflation converging to its target in the third quarter 2024.

In that context, Esquivel cautioned against increasing rates much further, underscoring “what we must not do is take the monetary stance to an excessively restrictive level … the economy is vulnerable, it is a fragile economy.”

His comments come after the minutes of Banxico’s last monetary policy decision highlighted that further rate hikes were on the table. The minutes said the board would “assess the magnitude of the upward adjustments in the reference rate” in coming decisions.

After being named in 2019 to Banxico’s board to replace an ill board member, Esquivel’s term is set to finish at the end of the year, but President Andres Manuel Lopez Obrador could nominate him for an additional 8-year term.

Esquivel added that interest rate levels “that we currently have and that we expect to have next year, are at atypically high levels and we cannot think they can stay there for very long.”

Regarding the U.S. Federal Reserve, which is expected to go for its fourth consecutive 75 basis point interest rate hike on Nov. 2, according to economists polled by Reuters, Esquivel said Banxico is not obliged to follow its moves in lockstep.

“We’re already at a restrictive level that the Fed is clearly not at,” he said. “If the Fed has to continue raising rates more because it started later, because it has demand pressures that we don’t, for whatever reason, then we don’t have to follow along.” 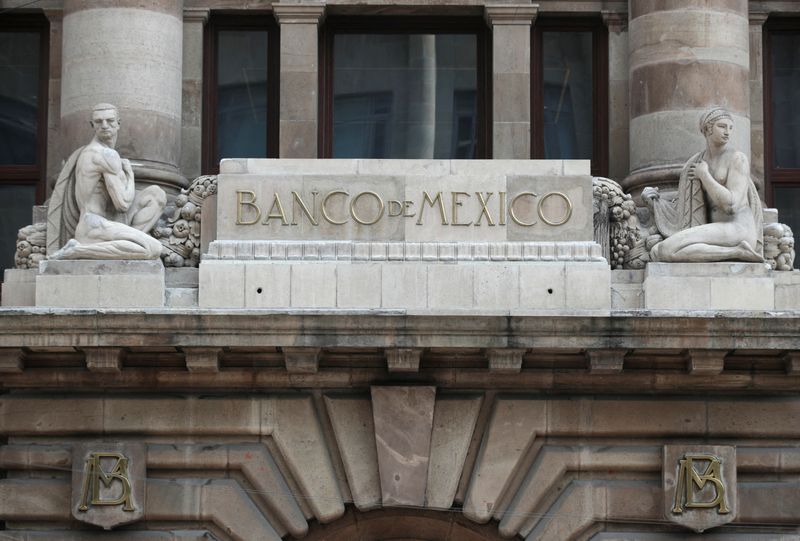