BRUSSELS (Reuters) -Heineken NV, the world’s second-largest brewer, has seen signs of slowdown in demand for its beer in some European markets over recent weeks, it said on Wednesday, after its third-quarter sales rose by less than expected.

Heineken shares fell by as much as 9.2% in early trading at a seven-month low of 80.04 euros, making them the weakest performers in the FTSEurofirst 300 index of leading European shares.

“We increasingly see reasons to be cautious on the macroeconomic outlook, including some signs of softness in consumer demand,” Chief Executive Dolf van den Brink said in a statement.

The maker of Europe’s top-selling beer Heineken, along with Sol and Tiger lagers said beer volumes rose by 8.9% on a like-for-like basis in the third quarter, with the strongest increase in Asia, but compared with the 12.0% average market expectation.

Heineken said it retained its full-year outlook for operating margin to be stable or increase modestly this year.

However, it made no reference to its 2023 forecast, issued in August, that its operating profit would rise by a mid to high single-digit percentage.

Heineken reported a 68% increase in its beer sales in the Asia-Pacific region in the July-Sept period, a year on from COVID-19 lockdowns, notably in its main Asian market Vietnam.

In Europe, where Heineken is the market leader, warm weather to an extent drove sales despite inflation, although they declined in Britain and Italy. Unlike in other regions, beer sales in Europe remain below 2019 levels.

Heineken said pressure on disposable income was in part to blame for a decline in sales in Nigeria, although its premium beer sales rose by more than a third.

The company said net revenue before exceptional items and amortisation increased by 19.8%, a steeper rise than for beer volumes, as consumers accepted higher prices or traded up to more expensive products. 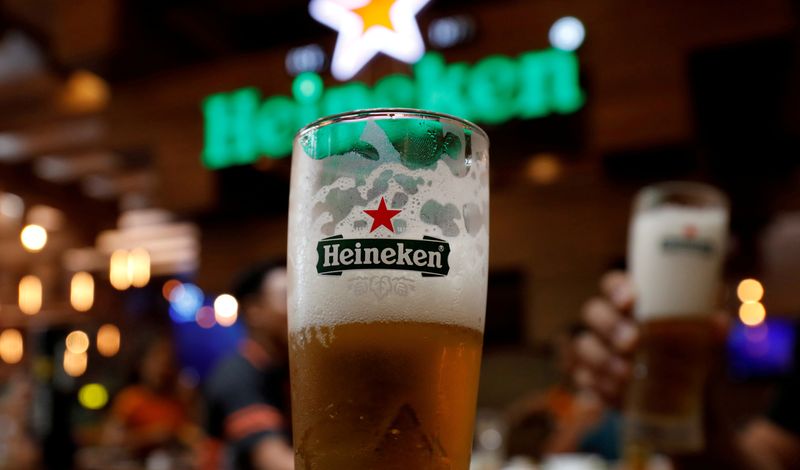