(Reuters) -Kraft Heinz Co beat third-quarter sales and profit estimates on Wednesday, benefiting from price increases in the face of rising costs for its packaged foods and condiments.

Shares of the Jell-O and Philadelphia Cream Cheese maker rose 3.5% in premarket trading as the company also reaffirmed its full-year sales and profit guidance.

Global packaged foods makers have been steadily raising product prices over the past year to counter increased costs tied to labor, ingredients and transportation at a time when consumers are steeling their wallets against skyrocketing energy and food prices.

Although the preference for cooking at home, which developed during the pandemic, has proven to be relatively sticky so far, cracks in demand are beginning to emerge as shoppers hunt for more affordable alternatives and analysts caution that packaged makers may be reaching their ceiling on price hikes.

Still, Chief Executive Miguel Patricio said the Heinz ketchup maker was seeing continued consumption growth across all income levels in the quarter, with trends improving relative to the first half of the year.

The company’s net sales rose to $6.51 billion in the third quarter from $6.32 billion a year earlier. Analysts on average had expected $6.27 billion, according to IBES data from Refinitiv.

Excluding items, it earned 63 cents per share, above estimates of 56 cents.

(Reporting by Mehr Bedi and Granth Vanaik in Bengaluru; Editing by Maju Samuel) 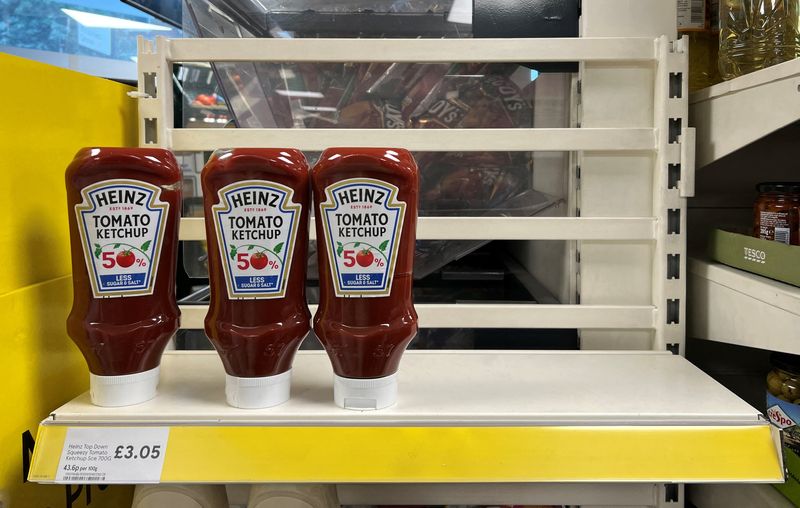