By Jihoon Lee and Choonsik Yoo

SEOUL (Reuters) -South Korea’s economic growth fell to its slowest in a year in the third quarter despite slightly beating expectations, as poor net exports offset pent-up spending, and analysts warned of further headwinds for the trade-reliant economy.

The country’s gross domestic product (GDP) grew by a seasonally-adjusted 0.3% in real terms from the previous quarter, the Bank of Korea estimated on Thursday, marking the slowest growth since the third quarter of 2021.

“Today’s figure, although appearing okay, is already about the past while the future is getting more difficult both in terms of domestic and global demand,” said Park Sang-hyun, chief economist at HI Investment & Securities.

Despite managing positive growth, a breakdown of the figures showed Asia’s fourth-largest economy was losing momentum quickly in the face of cooling global demand, a wave of policy tightening and high inflation.

Net exports dragged the economy down by 1.8% as imports grew much faster than exports, offsetting pent-up private consumption and corporate investment in production facilities after most COVID-19 curbs were removed.

Economists in a Reuters poll had expected the economy to grow just 0.1% quarter-on-quarter in the July-September period, slowing from a 0.7% gain in April-June.

On an annual basis, the economy expanded by 3.1% in the third quarter after a 2.9% gain in the second quarter. The outcome was ahead of expectations for 2.8% growth.

The data came amid market speculation that the Bank of Korea may consider slowing the pace of monetary policy tightening, having already raised the policy interest rate by a total of 250 basis points since August last year.

The BOK raised interest rates by a bigger-than-usual 50 basis points early this month and flagged more to come, but a split vote prompted some commentary that the central bank could moderate the future pace of tightening. 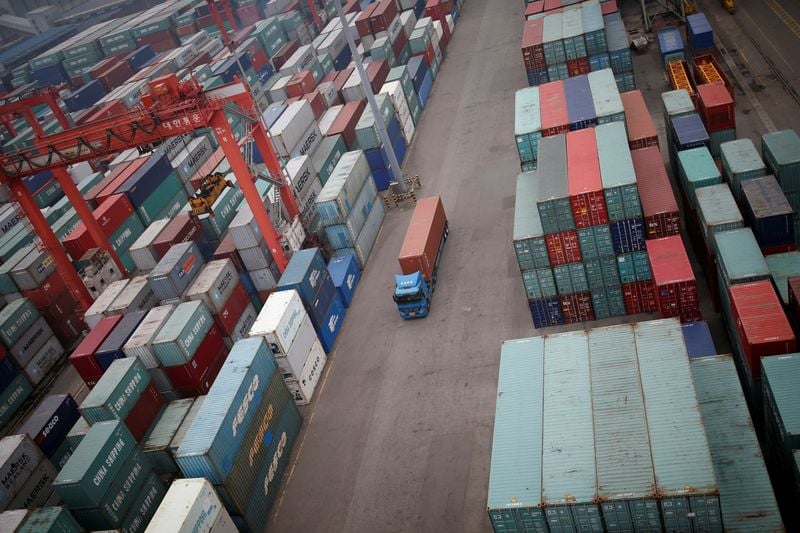