(Reuters) – Twitter Inc’s stock inched closer to Elon Musk’s $54.20 per share buyout offer for the micro-blogging site on Wednesday, in a sign that investors are finally expecting the deal to go through ahead of a court deadline at the end of this week.

Shares of the social media company were last up 0.5% at a near seven-month high of $53.05 in premarket trading, the closest they have come to Musk’s offer since it was announced in mid-April.

In the six months of dramatic back-and-forth since Musk announced his bid, Twitter initially resisted the deal by adopting a poison pill and later sued the world’s richest man after he announced plans to abandon his offer on concerns about spam accounts on the platform.

Earlier this month, Musk proposed to proceed with his original $44 billion bid, calling for an end to a lawsuit by the social media company that could have forced him to pay up, sending Twitter shares 24% higher.

Tesla CEO has notified co-investors who committed to help fund his $44 billion acquisition of Twitter that he plans to close his buyout of the social media firm by Friday, a person familiar with the matter told Reuters on Tuesday.

The banks providing $13 billion in financing for the deal have abandoned plans to sell the debt to investors because of uncertainty around Twitter’s fortunes and losses, Reuters reported last week.

(Reporting by Medha Singh in Bengaluru; Editing by Saumyadeb Chakrabarty) 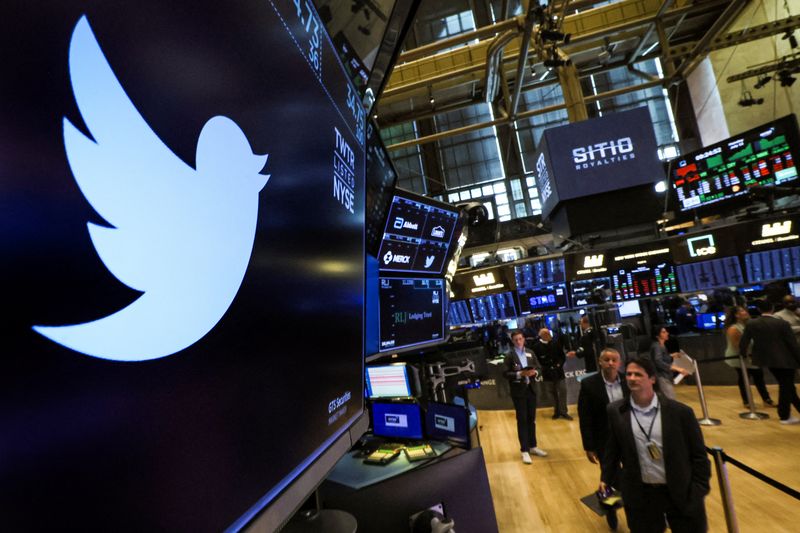