By George Georgiopoulos and Lefteris Papadimas

ATHENS (Reuters) – Like many young Greeks trying to live within their means, Christina Pappas had to look for a cheaper flat in an Athens suburb after her rent went up and was relieved to find one through word of mouth.

While Greece’s economy is growing at nearly twice the euro zone rate this year thanks to a robust rebound in tourism, young people are increasingly being priced out of the property market due to the energy crisis and inflation, soaring rents and a scarce supply of small flats.

Pappas, 27, an aspiring actress, says it is not the dividend young people hoped for after a ravaging debt crisis and a decade of austerity.

“The energy crisis scares me a lot, that in such a small amount of time we would have such an increase in prices. I am frightened by the idea of how I will manage and continue to live alone,” Pappas said.

Rising rents and unaffordability of housing is a problem across many industrialised economies, but in Greece it is particularly acute as living standards and household wealth have already been crippled by the debt crisis that began in 2009 and the years of austerity that followed.

The rent on Pappas’s new 25 square metre (269 sq. ft) flat in the suburb of Neo Psychiko does not include utilities.

She moved last month after the rent on her flat in the Kaisariani district of Athens went up 12.5%, pushing the total monthly outlay including utilities to 500 euros, making it “hard to make ends meet when one’s pay is 650 euros a month.”

“Many people in my age group face the same problem. They either opt for a roommate or they continue living with their parents,” she said. “You can do that when you are 19 but not in later years.”

A poll by the Athens-based Eteron think tank this year showed that for 83% of 1,007 respondents aged 18-44, affordable housing was their top concern. Nearly half said they faced difficulties or were unable to pay their rent, with 77% barely making ends meet.

While the Greek economy has shown resilience, growing at an annual clip of 7.7% in the second quarter, inflation is near a three-decade peak at 12%, one of the highest among the 19 countries sharing the euro.

The Greek Statistics Service’s cost of housing indicator, which reflects rents and mortgage costs, jumped 35.4% year-on-year in September with electricity prices up 30.5% and heating oil up 65.1%.

That is squeezing disposable income, which for the average Greek household has risen by 13% since 2018, says Nikos Magginas, chief economist at National Bank.

He attributes the surge in rents mainly to “an overly depressed market during the (debt) crisis.”

“Now we have a shock from the combined price rises in energy, foods and the cost of housing. Up to now it is not having serious effects on the economy as the government supports weak incomes, but there are concerns should this continue next year,” he said.

Residential property prices in Greece plunged 42% during the debt crisis but are now more than 29% higher than their low in 2017, according to the Bank of Greece. The rebound has also pulled rents higher.

On the supply side, a large chunk of small 45-50 square metre flats have been turned into Airbnb apartments for tourists, while prospective home buyers face the scrutiny of much more stringent banks. Loan-to-values on mortgages have dropped to 70-75%, from more than 100% before the debt crisis.

“The situation is tough … we will see many returning to their childhood rooms,” said Themistocles Bakas, president of E-Real Estate, adding that home ownership in Greece has dropped by 2.9 percentage points in the last three years to about 73%.

Most Greek cities have seen rents rise but central Athens has seen the biggest spike, by up to 40% in the last four years.

It raised an annual housing subsidy for students to 1,500 euros from 1,000, and to 2,000 if they opt for a roommate. Also, a pilot programme of low interest rate loans to buy apartments built before 2007 and up to 120 square metres will start in January.

But Stephania Papadopoulou, a 20-year old student who earns 35 euros a day as a waitress and relies on her family for financial support, says leaving the country is the only way out.

“We emerged from a crisis to enter another, tougher one,” she told Reuters. “Unless something changes, I certainly see my future abroad.” 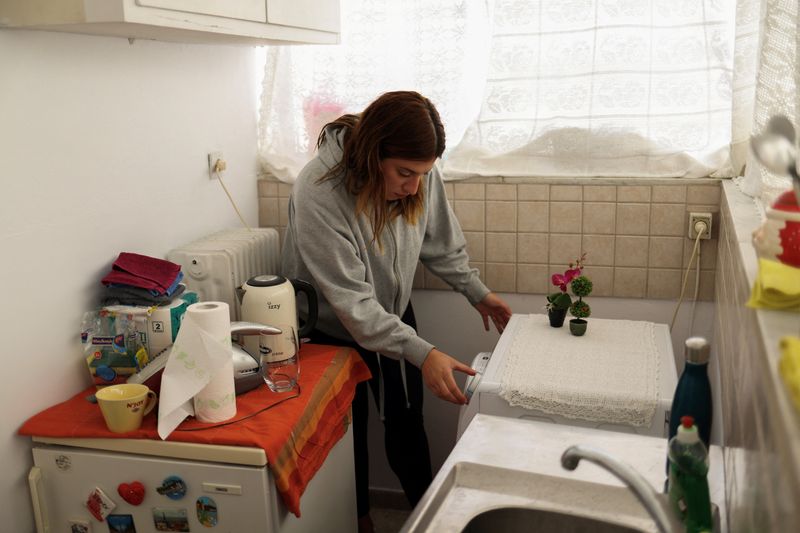 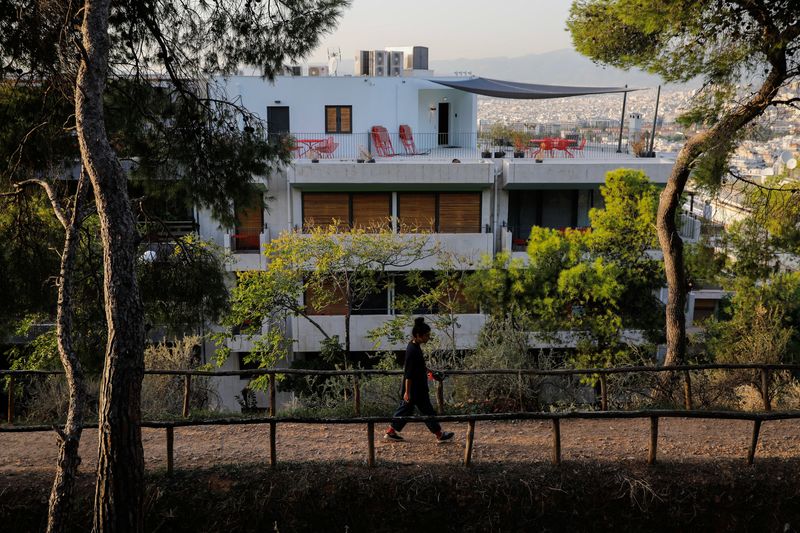 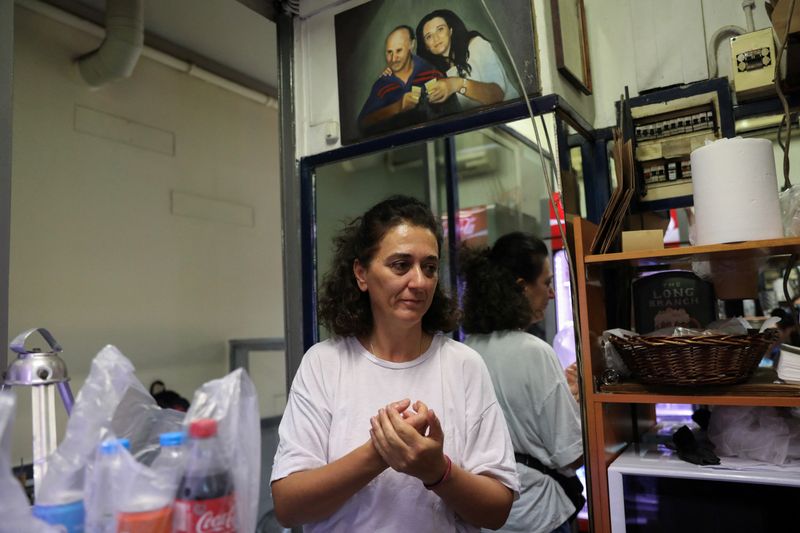 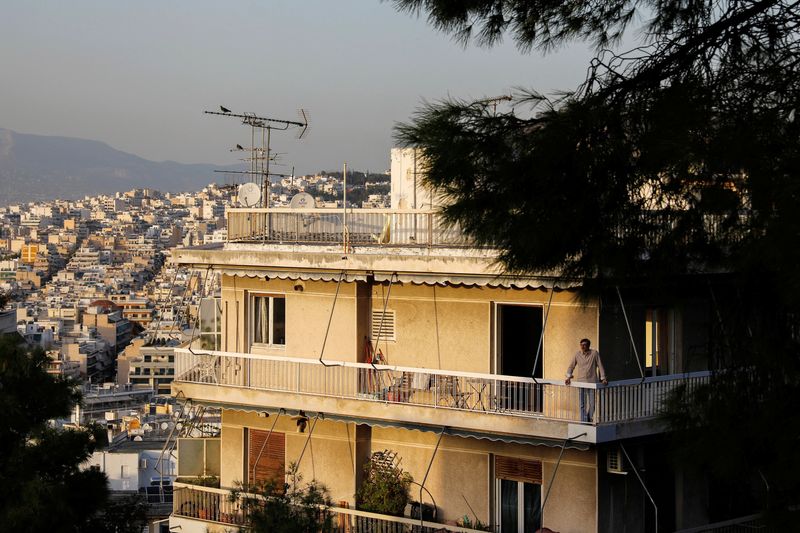 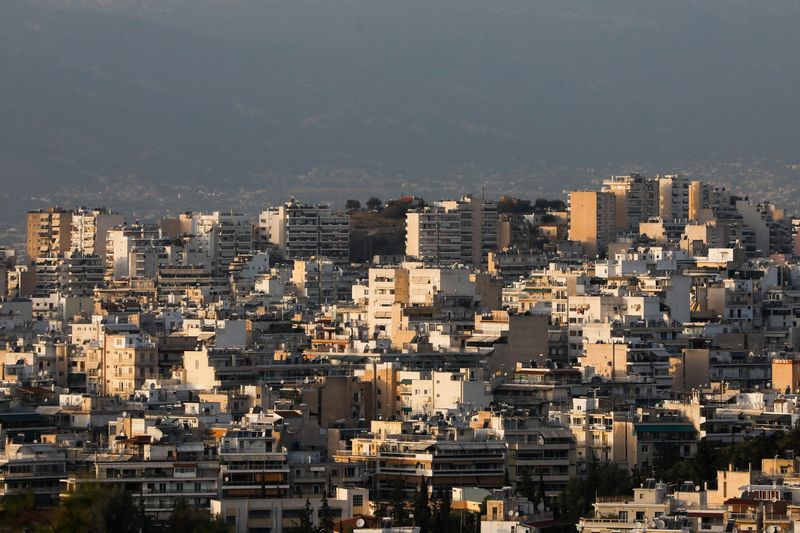