BRUSSELS (Reuters) – Anheuser-Busch InBev, the world’s largest brewer, reported higher-than-expected quarterly earnings on Thursday as beer sales accelerated, and raised its 2022 outlook to the top-end of its previous forecast range.

AB InBev, the maker of Budweiser, Corona and Stella Artois, sold 3.7% more beer and other drinks during July-September, a growth rate faster than that seen in the first or second quarters, with strong expansion in Mexico and South Africa.

The Belgium-based brewer also succeeded in pushing through higher prices or persuading consumers to shift to higher-priced “premium” brands in all major markets except China, where a “zero-COVID” policy has curbed economic growth.

“We continue to see strong consumer demand for our portfolio and a resilient beer category as we navigate the dynamic operating environment,” Chief Executive Michel Doukeris said in a statement.

Third-quarter core profit – earnings before interest, tax, depreciation and amortisation – rose 6.5% on a like-for-like basis to $5.31 billion, above the 5.2% climb forecast by analysts in a company-compiled poll.

The company said it now expects its core profit to rise by between 6% and 8%. It had previously given a range of 4% to 8%, which it maintains as a medium-term outlook.

Heineken warned of early signs that European drinkers were starting to cut back after sales rose by less than expected in the third quarter, while Carlsberg warned of weakening consumer sentiment while raising its 2022 forecast.

Heineken said sales in Britain and Italy had declined.

Trevor Bernstein, beverage analyst at Bernstein, said Heineken had in fact reported beer volume growth double that of its rivals and far higher revenue expansion, although expectations had been for even higher figures.

“It’s really about the tone. If anything Heineken results were stronger. Heineken, though, said hold on and be careful,” he said.

Carlsberg Chief Executive Cees ‘t Hart said on Thursday the Danish brewer had seen little evidence of rising inflation hitting beer sales, but there was a bigger risk of lower volumes and downtrading to cheaper brands in the coming months.

For it and Heineken, Europe represented at least 50% of their third-quarter business, against less than 15% for AB InBev.

The continent is experiencing the sharpest shock from higher energy prices linked to Russia’s invasion of Ukraine and concerns that consumers, faced with reduced disposable income, will cut back on non-essential consumer goods such as beer.

Unilever, whose brands include Persil as well as Magnum ice creams, gave a downbeat assessment of consumer sentiment in both Europe and China on Thursday.

One bright spot for brewers at least could be the soccer World Cup starting on Nov. 20, an event that typically leads to a spike in drinking, albeit normally during its regular spot in the northern hemisphere summer. 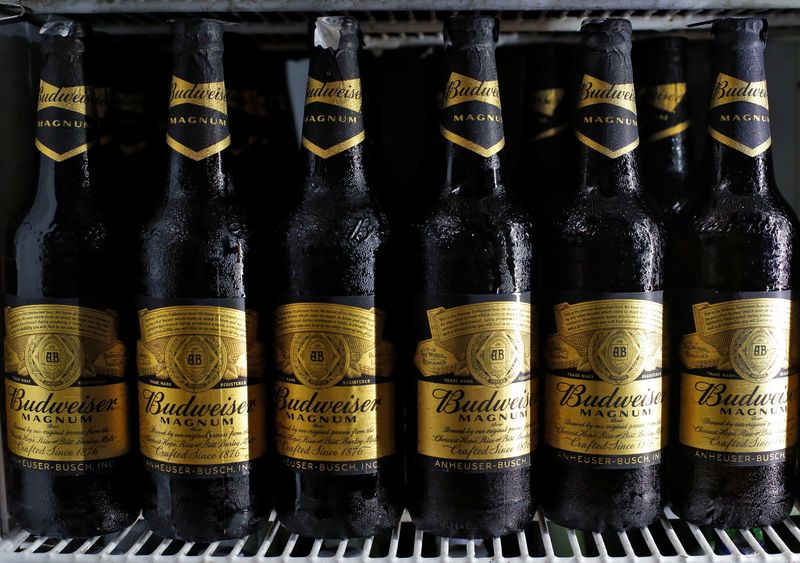