By Josh Smith and Hyonhee Shin

SEOUL (Reuters) – A 2018 military agreement between North Korea and South Korea designed to prevent inadvertent clashes along their shared border may be at risk after the South accused the North of violating the deal by firing artillery into buffer zones.

The so-called Comprehensive Military Agreement (CMA) was the most substantive deal to come from the months of meetings between leader Kim Jong Un and then-South Korean President Moon Jae-in.

With those talks long stalled, however, recent drills and shows of force along the fortified border between the Koreas have cast doubts on the future of the measures, which were meant to reduce tensions.

This month South Korea accused Pyongyang of violating the agreement after North Korean artillery shells fell into a maritime buffer zone that is supposed to be free of live-fire drills under the agreement.

The North said South Korea had resumed using propaganda loudspeakers at the border in violation of the agreement. South Korea denied that, but said it did use a “broadcasting device” to try to alert the North to a medical helicopter that had to fly near the border to transport a patient.

For now, South Korea says it is not calling the CMA off, but is urging North Korea to abide by its measures. North Korea has also not officially abrogated the deal, and the South’s ministry of defence told Reuters that inter-Korean military hotlines are operating.

“It prevents mistakes, it prevents misunderstanding and miscalculation that can lead you to resort to hostilities,” a former senior U.S. defence official who served in South Korea said of the agreement, noting a “palpable reduction in tensions” during 2018.

He cautioned that the deal’s collapse wouldn’t automatically mean a higher risk of armed conflict, as the armistice agreement that ended fighting during the 1950-1953 Korean War remains in effect and has prevented a return to overt hostilities so far.

“But if they abrogated it, it’ll be a message to the North basically saying okay, we’re back to square one, and the ‘fire and fury’ of 2017,” he said. “And that’s not helpful.”

South Korean President Yoon Suk-yeol said during his election campaign before taking office in May that North Korea has been violating the military agreement, and he would urge compliance but might consider scrapping it if there is no change from Pyongyang.

Some hawkish members of Yoon’s conservative People Power Party have sought to reconsider the deal amid North Korea’s record missile launches and signs it could resume testing nuclear weapons for the first time since 2017.

Defence Minister Lee Jong-sup, who ruled out scrapping the pact during his confirmation hearing in May, signalled a shift in the Yoon administration’s thinking this month.

“It is not desirable for us alone to abide by the agreement when North Korea doesn’t,” he said when asked about the deal during a parliamentary hearing on Oct. 4, adding that he would “review the effectiveness” of the agreement depending on the intensity of North Korean provocations.

Unification Minister Kwon Young-se, who handles relations with the North, told parliament on Monday that there is no current consideration of cancelling or suspending any inter-Korean agreements, but that a “qualitative change in the situation in the future” could prompt officials to reconsider.

In the CMA, military leaders from both countries agreed to “completely cease all hostile acts against each other” that are the source of military tension and conflict.

Among other measures, the two sides agreed to end drills near the border, ban live-fire exercises in certain areas, impose no-fly zones, remove some guard posts from the Demilitarized Zone, and maintain hotlines.

This year South Korea and its U.S. allies have responded to a record number of North Korean missile tests with stepped up military drills. Those have been met with more tests and drills from North Korea, including rare warplane sorties near the border.

Observers said legal and political obstacles could prevent either Korea from officially ending the deal, but its measures could increasingly be ignored.

“I think there is a chance of it sort of being abrogated by South Korea if this sort of aggressive public behaviour by North Korea continues, and specifically if there’s a seventh nuclear test,” said the former U.S. defence official, citing recent conversations with South Korean officials.

It’s unlikely that South Korea would respond to North Korean violations in kind, but a breakdown in the hotlines or other communication would be dangerous, said former General Park Cheol-kyun, who worked on international policy at South Korea’s Defense Ministry until May.

“Such channels are critical in any situation, and now things are getting very tense,” he said.

Although unfortunate, a collapse of the CMA would not cause a spike in tensions or threaten stability on the Korean Peninsula, said Duyeon Kim, with the U.S.-based Center for a New American Security.

“If Pyongyang is serious about risk reduction and credible confidence- and security-building measures, then it would return to the dialogue table with South Korea and the United States,” she said. 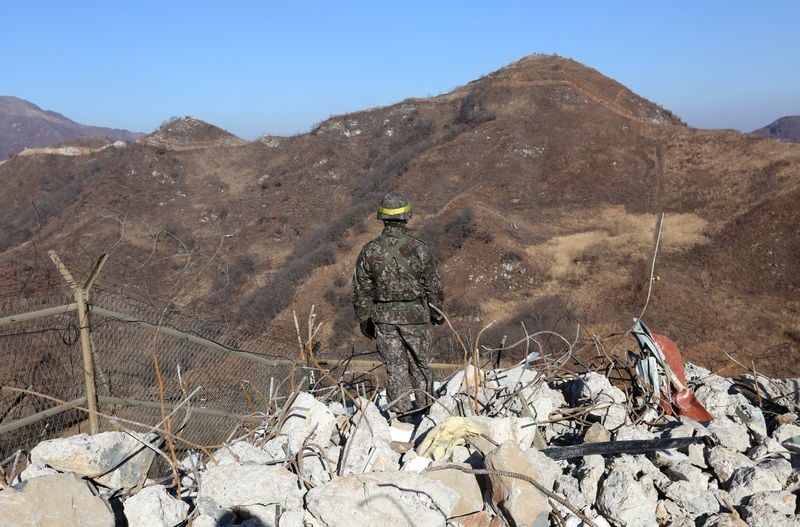