By Bianca Flowers and Aishwarya Nair

(Reuters) -Heavy-equipment maker Caterpillar Inc on Thursday topped Wall Street estimates for profit and revenue in the third quarter due to price increases and strong order activity from energy and mining customers.

Shares of the world’s largest construction and mining equipment manufacturer rose 8.5% after it reported net income rose to $2.04 billion, beating analysts’ estimates of $1.68 billion. Revenue of the industrial bellwether increased to $15 billion, topping predictions of $14.3 billion, according to Refinitiv.

“We are actually wrapping some price increases that we saw in the third quarter – fourth quarter of last year,” Chief Financial Officer Andrew Bonfield said on a call with analysts. “We will see slight moderation of price in the fourth quarter, still very strong.”

“They’ve gotten a bit worse as opposed to getting better in the last quarter,” Chief Executive Jim Umpleby said.

While the company has exposure to currency headwinds amid global recession fears, strong demand for equipment has “more than offset” uncertain economic conditions, said Matt Arnold, an analyst at Edward Jones.

Operating margins were up across the company’s three core divisions with construction leading the way with a 19.4% increase from the year prior.

In the previous quarter, Caterpillar had flagged a bigger drop in demand for its excavators in China, a growth market.

Revenue for construction equipment in the Asia Pacific region rose 1% from the previous year. Slumping sales in China have weighed on the manufacturer’s margins as developers halted or delayed construction on presold homes because of debt woes.

With drilling activity surging in the first half of the year amid soaring oil and gas prices, Caterpillar’s resource division recorded the biggest increase in sales, up 30%.

(Reporting by Bianca Flowers in Chicago and Aishwarya Nair in Bengaluru; Editing by Arun Koyyur, Bernadette Baum, Will Dunham and Tomasz Janowski and Marguerita Choy) 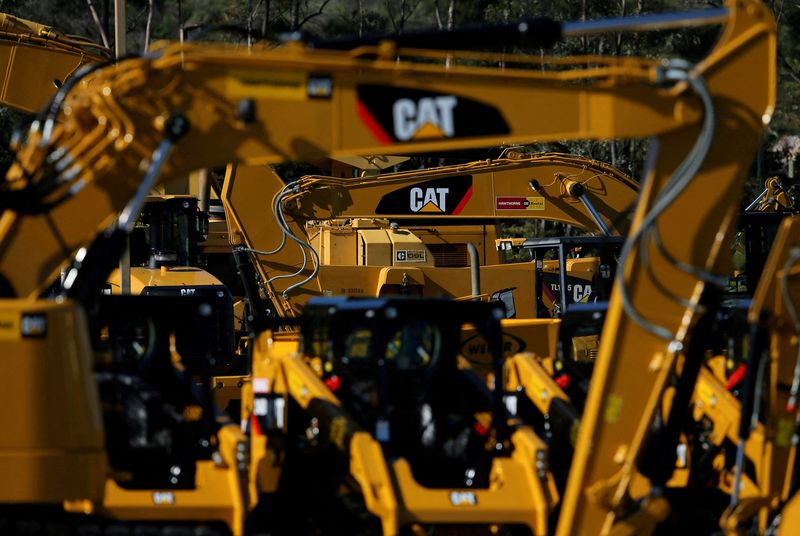