By Samuel Indyk and Harry Robertson

LONDON (Reuters) – Germany, considered Europe’s most reliable debtor, is having trouble selling its bonds, just as it seeks billions to tackle the energy crisis.

Recent weak auctions have demonstrated the challenges of issuing debt in markets racked with uncertainty about interest rates and state spending, and made it harder for Germany – typically a reluctant spender – as it seeks to fund its 200 billion euro ($201.40 billion) scheme to cut domestic energy costs.

Demand was soft at an auction of German 5-year government bonds on Tuesday, but other recent auctions have been “very, very, very bad”, said Michael Leister, head of rates strategy at Commerzbank, likening the situation to a “buyers’ strike”.

Germany’s finance agency sold just 1.78 billion euros ($1.77 billion) of a new 2029 bond earlier this month, for example, with total bids covering less than half of the 4-billion euro target.

The 0.47 bid-to-offer ratio at the sale was the lowest of any 7-year German bond sale and the second lowest of any of its auctions going back to 1999, according to a Reuters analysis of finance agency data. Germany kept 55% of the issuance on its own books, the second-largest amount on record. In the last 12 months, bid-to-offer ratios at auctions of 2-, 7- and 15-year notes have also hit new lows, while separate Refinitiv IFR data shows Germany ended up allocating a third of a recent weak 30-year syndicated bond sale to hedge funds, a very high share for a government sale. A FLOOD OF BONDS Analysts point to two factors. Firstly, the expected surge in German – and broader European – bond issuance as governments tackle the energy crisis, and secondly, central banks’ aggressive rate hikes and their plans to gradually back out of bond markets.

Euro zone governments and the European Union itself are expected to issue a record 400 billion euros of net debt in 2023, according to Bank of America, without the European Central Bank hoovering up issuance as markets have become accustomed to it doing through various emergency schemes. Hit hard by its over-reliance on Russian energy, Germany intends to borrow particularly large amounts in the coming years, with Parliament last week voting to suspend the constitutional debt brake that limits new borrowing. “It is a German story to a large degree, because Germany is the most exposed to the energy transition,” said Piet Haines Christiansen, chief analyst at Danske Bank.

France’s finance agency, in contrast, issued 10 billion euros of medium term bonds on Oct. 20 into strong demand. Rising issuance comes as the ECB weighs plans to start shrinking its asset holdings via so-called quantitative tightening (QT). “Both supply and QT are very new themes, they have just emerged in investors’ minds over the last four weeks or so,” said Sphia Salim, head of European rates strategy at Bank of America. VOLATILITY HURTS AUCTIONS The uncertainty around borrowing and QT has increased volatility in euro zone bond markets, already rocked by the knock-on effects from Britain’s now-scrapped plans for large unfunded tax cuts. Volatility is deterring the banks that act as dealers for German bonds from bidding in debt auctions, Tammo Diemer, head of the country’s finance agency, said at an event on Tuesday. “It is really the volatility that makes it difficult…The members of the Bund auction group take risk when they bid in an auction,” Diemer said, referring to Germany’s primary dealers, who participate in auctions and sell the debt on to investors. Rough market conditions mean those dealers do not want to take on bonds even though there is demand for government debt as collateral in other deals, Commerzbank’s Leister said. Demand has weakened even as the German 10-year yield has shot up from -0.2% at the start of the year to around 2.2%, near its highest since 2011, as prices have slid. “No one wants duration risk here because of the Federal Reserve and the ECB hiking rates,” Leister said, referring to longer-dated debt. Germany’s still relatively low yields also mean buyers can get a better return elsewhere, said Joann Spadigam, rates strategist at NatWest Markets in London. “I think there was probably just weak demand given buyers don’t want to warehouse too much risk into year end and other bonds are more attractive.” 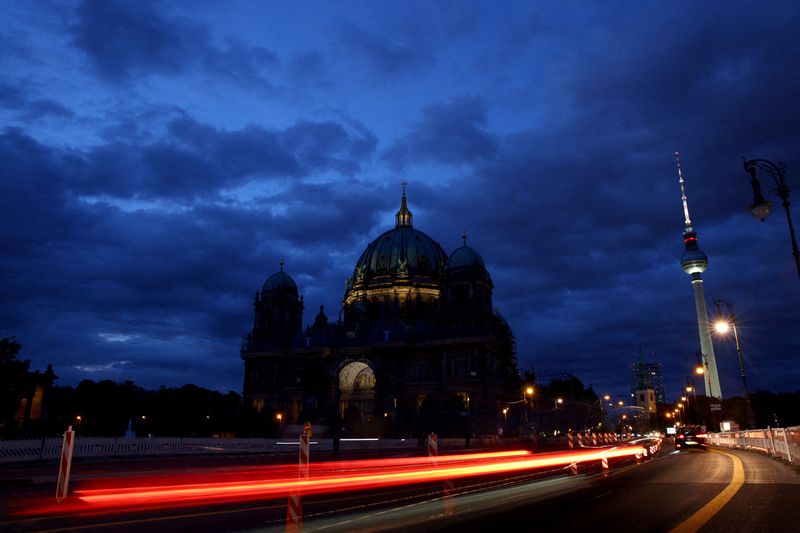