(Reuters) – Gilead Sciences Inc on Thursday posted a higher-than-expected third-quarter profit on the back of strong demand for its HIV and cancer drugs, which helped offset lower sales of its COVID-19 antiviral drug and acquisition expenses.

The U.S. biotech company also increased its forecast for full-year revenue and earnings, sending its shares up 4% to $73 in after-hours trade.

Quarterly revenue fell 5% to $7 billion, but was still ahead of the average Wall Street estimate of $6.12 billion, according to Refinitiv data.

Sales of COVID treatment remdesivir, sold under the brand name Veklury, fell 52% from a year earlier to $925 million. But that was still well ahead of analysts’ estimates of $328 million.

“What you’ve seen is an over performance … both on Veklury, but also, I think, very importantly on our base business,” Gilead Chief Executive Daniel O’Day told Reuters.

The CEO said Gilead expects demand for Veklury, an intravenous drug given to hospitalized patients, to continue to slow, but “like the rest of the world, we’ve had to struggle to look into the crystal ball and know exactly where the pandemic can go.”

Gilead is also developing an oral COVID antiviral and expects to launch a Phase 3 trial of that drug within the next several months.

Gilead’s HIV product sales increased 7% to $4.5 billion in the quarter, driven by higher prices and demand.

HIV and oncology sales were ahead of expectations, which “is notable across the portfolio and important as they go forward as a key area of growth,” Jefferies analyst Michael Yee said in an email.

Gilead expects to hear from the Food and Drug Administration in December on its application for long-acting HIV treatment lenacapavir and in February on a filing to expand use of Trodelvy for breast cancer patients.

The FDA declined to approve Gilead’s application for Hepcludex, a hepatitis D treatment, due to concerns about manufacturing and administration, the company said.

“The increased guidance is also strong in this environment of heightened uncertainty across the global macro and points to the defensive nature and attractive business at names like Gilead in biotech,” Yee said. 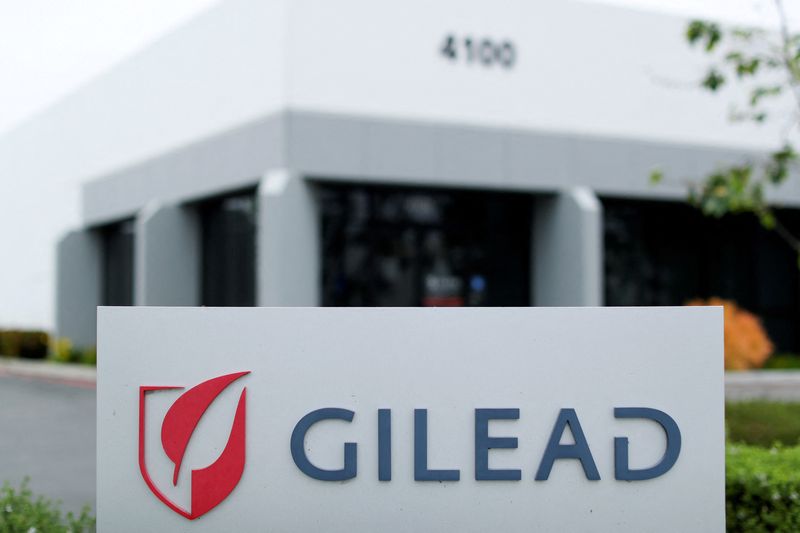