WASHINGTON (Reuters) -Seeking to stem expected losses in the midterm elections, almost a dozen Democrats in the U.S. House of Representatives have in the past week rolled out or seen supporters launch ads trying to bolster their positions on crime.

At least 11 Democrats in competitive House races from Virginia to Oregon have benefited from the new advertisements highlighting their support for law enforcement, according to data supplied by campaigns and political action committees.

Already fighting from behind, Democrats’ chances of keeping the House have slipped further in the last month. Among the reasons, Democratic strategists and campaign officials told Reuters, has been an onslaught of Republican ads labeling their opponents as anti-police – messaging that has stuck even after supporters of Donald Trump assaulted police officers at the U.S. Capitol on Jan. 6, 2021, in an attempt to overturn the Republican president’s election defeat.

In a letter to Democratic colleagues on Thursday, House Speaker Nancy Pelosi called on House members to make a point of defending their record on crime.

“I write to convey the importance of emphasizing Democrats’ unyielding commitment to public safety — which is at the heart of our People Over Politics Agenda,” the letter read.

“There’s definitely a number of Democrats trying to make clear that they share voters’ concerns about crime and that they’ll do everything they can to make sure law enforcement has the resources they need,” said Pia Carusone, managing director at political consultancy SKDK, who is working on multiple competitive House races.

Republicans are not letting up, though. Republican groups including Citizens for Sanity, headed by former aides to Trump, poured money in recent weeks into ads criticizing Democrats as weak on crime and illegal immigration.

The group, a “dark money” organization not required to disclose donors, has spent $33 million on ads in October, according to AdImpact, a tracking firm, making it the eighth biggest spender nationwide for that period.

Citizens for Sanity aired spots during Major League Baseball playoffs in recent weeks highlighting a Las Vegas stabbing attack allegedly committed by an immigrant in the United States illegally. Another ad portrayed immigration as an economic and cultural threat.

In a March memo seen by Reuters, the Democratic Congressional Campaign Committee, the Democrats’ House campaign arm, warned members they should prepare for Republican attacks tying them to “Defund the Police,” an activist slogan that became common following the 2020 murder of George Floyd, a Black man, by a white Minneapolis police officer.

In many districts, Democrats are heeding that advice and have emphasized their law enforcement bona fides for months.

“For me the message has always been the same: Let’s support public safety,” Dan Kildee, a Michigan Democrat up for re-election in a competitive district, told Reuters. “The idea of defunding the police is just a ridiculous notion.”

Still, strategists and campaign officials said, the focus on crime has sharpened as the visibility of other issues has faded Among issues losing traction among voters in some areas is the U.S. Supreme Court’s Dobbs decision in June, which weakened constitutional protections for abortion. In a Reuters/Ipsos poll released Tuesday, respondents were twice as likely to list crime, rather than abortion rights, as the country’s biggest problem.

“With Dobbs and Jan. 6 receding and gas prices going up and down, the Republicans have been able to go on the offensive,” said Matt Bennett, co-founder of center-left think tank Third Way, who has argued Democratic leaders have been slow to focus on voters’ concerns about crime. 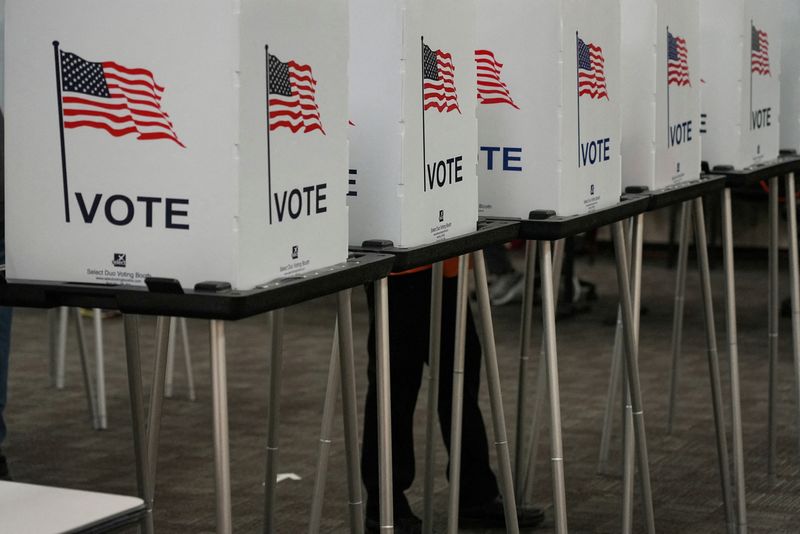