FRANKFURT, Oct 27 (Reuters) – The European Central Bank raised its key interest rate by 75 basis points on Thursday to 1.5%, the highest level since 2009, and signalled an intention to start mopping up cash from the banking system to fight record-high inflation.

Following are highlights of ECB President Christine Lagarde’s comments at a news conference after the policy meeting.

“If you look at the (September) downside scenario, many of the assumptions that we made at the time have not materialized.”

“Is that to say that we are in our baseline (scenario)? No. Because there have been developments that are hallowed with uncertainty but that are clearly – and we say so in the risk assessment in the monetary policy statement – which are clearly to the downside. And we will incorporate those risks if they materialize in our baseline in December.”

HOW MANY MORE HIKES?

“The ultimate destination that we want to reach is the rate that will deliver the 2% inflation target in the medium-term. That rate is not necessarily the rate at which we will have considered that normalisation is completed. It may well have to go beyond that.

“So it might well be several meetings – how several is that will be determined meeting by meeting. We know the path, we know the journey, we know the destination – which is not as clear as a figure that you would like to pin down because we cannot do that.

“We are not even, in October, at a meeting when we have a set of data that help us have projections – outlook for growth, outlook for inflation – we will have that in December, and we will take these elements into account.”

“In very simple terms what we are doing is looking out to November 23, so it gives time to everyone to adjust and to be prepared. We are raising the special interest rate which will no longer be the rate that applies – up until November 22, unchanged – but from November 23 onwards, it will be the DFR.

“That is what we are doing. In addition to which we are opening three additional windows during which banks will have the opportunity to pay back if they so wish.”

“This is a matter that we have discussed at our last retreat amongst ourselves, governors. And we did not discuss the substantive issues today deliberately because we decided on a lot of issues.

“But what we decided is that we would pursue that discussion and we would decide the key principles of the reduction of our APP monetary portfolio in December.”

“We have acknowledged that more rate (hikes) are in the pipeline, but at what pace and to which level I cannot tell you.”

“…we continue and make substantial progress in withdrawing. We will have further rate increases in the future. So the normalization process continues. And at some point in time, we will have of course to identify the rate which will deliver the 2% medium-term target that we have.”

“We are not done yet – there is more ground to cover.”

“Have we finished the normalization of our monetary policy as we have called it? No. There is still ground to cover. What we have reiterated now is that we are going to decide the future path and pace of our rate increases on the basis of the data that we have. And we will do so meeting by meeting.”

“So we are very much and deliberately turning our back (on) forward guidance, which is not helpful in the current circumstances given the level of uncertainty that we have pretty much all around.”

“The destination for us is clear, the exact pace will be determined meeting by meeting.”

“The risks to the inflation outlook are primarily on the upside.”

“Measures of underlying inflation have thus remained at elevated levels.”

“Strong labour markets are likely to support higher wages as is some catch-up in wages to compensate for higher inflation.”

“Incoming wage data and recent wage agreements indicate that the growth of wages may be picking up. Most measures of longer-term inflation expectations currently stand at around 2%, although further above-market revisions to some indicators warrant continued monitoring.”

“The incoming data confirm that risks to the economic growth outlook are clearly on the downside, especially in the near term.”

“The depreciation of the euro has added to the buildup of inflationary pressures.”

“…high inflation continues to dampen spending and production. Severe disruptions in the supply of gas have worsened the situation further, and both consumer and business confidence have fallen rapidly, which is also weighing on the economy.”

“Demand for services is slowing after a strong performance in previous quarters when those sectors most affected by the pandemic-related restrictions reopened, and survey-based indicators for new orders in the manufacturing sector are falling.”

“Economic activity in the euro area is likely to have slowed significantly in the third quarter of the year, and we expect a further weakening in the remainder of this year and the beginning of next year.” 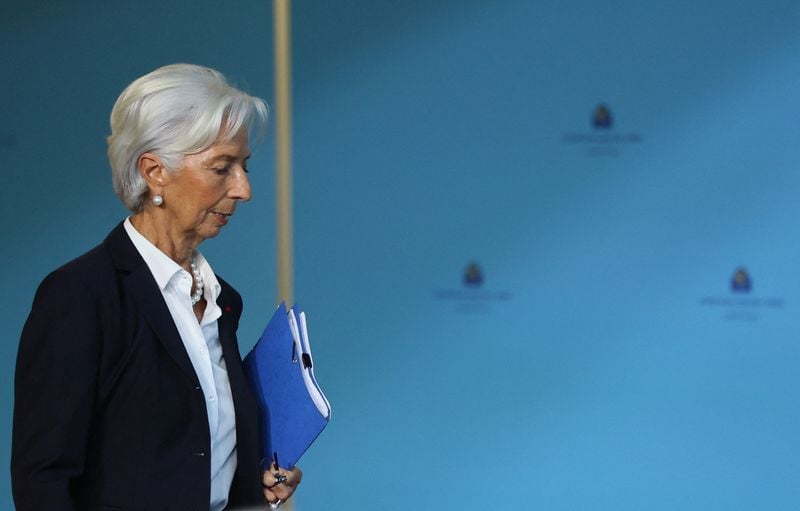 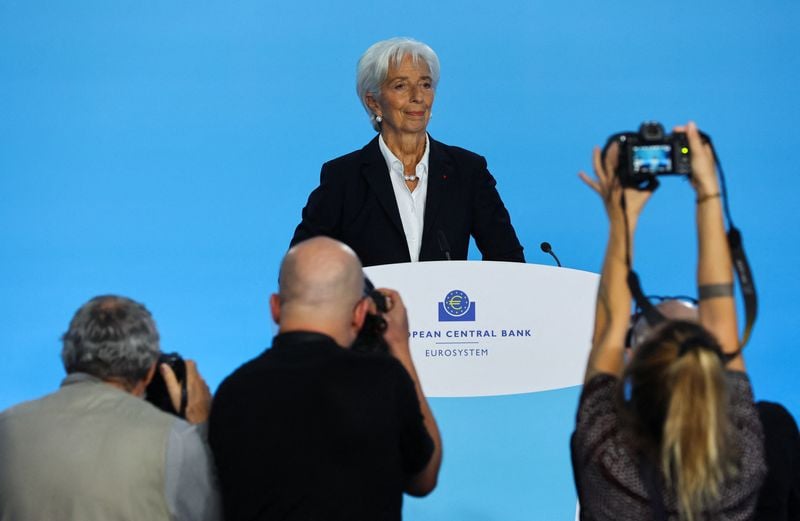