By Makiko Yamazaki and Ritsuko Shimizu

The private equity firm has been asked by Toshiba to provide a solid proposal with commitment letters from banks by Nov. 7, said the sources, who declined to be identified because deal discussions were private.

Banks have requested that JIP have equity commitments of more than 1 trillion yen ($6.8 billion) from partners, but it has yet to show the banks a list of partners with details of their planned investments, the sources said.

“It will take a while to reach a financing agreement between JIP and the banks,” one of the sources said.

It was not clear what the consequences of failing to meet the Nov. 7 deadline would be.

A representative for JIP was not immediately available for comment. Toshiba, a conglomerate whose businesses include nuclear power, defence technologies and chips, declined to comment on the sale process.

In a move likely to displease Toshiba investors, JIP has offered to pay less than 6,000 yen a share for the scandal-hit company, putting the value of a potential tender offer at less than 2.6 trillion yen ($17.8 billion), separate sources have previously said.

An Orix spokesperson said that the company was looking at participating in the consortium but had not finalised a decision. Chubu declined to comment.

A separate consortium led by state-backed Japan Investment Corp (JIC) is preparing a competing bid. JIC has been in talks with Bain Capital, as well as with MBK Partners, sources have said.

Kyodo news agency on Wednesday reported that JIP would miss the Nov. 7 deadline to secure bank loans for the deal. 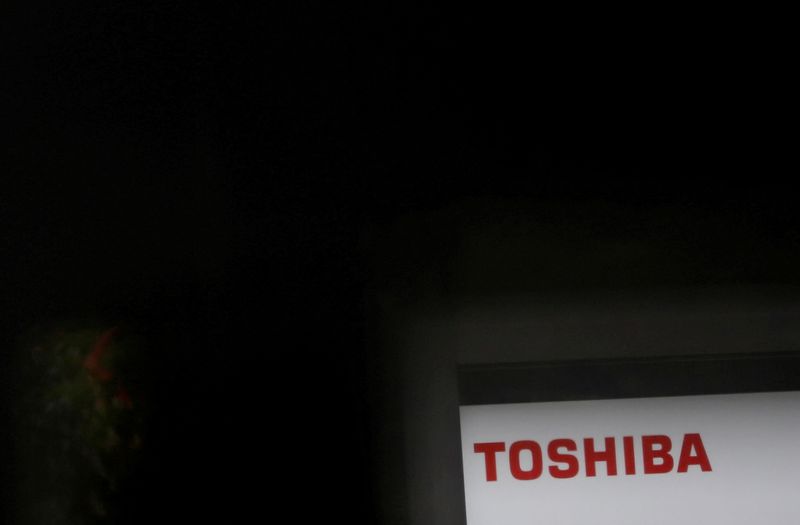