TOKYO (Reuters) – The Bank of Japan kept ultra-low interest rates on Friday and maintained its dovish guidance, cementing its status as an outlier among global central banks tightening monetary policy, as recession fears dampen prospects for a solid recovery.

The central bank also announced plans to increase the frequency of its bond buying next month, doubling down on efforts to defend its ultra-loose monetary policy.

But he said the central bank was nowhere near raising interest rates, with inflation likely to fall short of its 2% target for years to come.

As widely expected, the BOJ left unchanged its -0.1% target for short-term interest rates and a pledge to guide the 10-year bond yield around 0% under its yield curve control (YCC) policy.

The central bank also maintained its dovish guidance projecting that short- and long-term rates will remain at “present or lower levels.”

The yen fell against the dollar in the aftermath of the BOJ’s decision, and later extended its losses to hit a session high of 147.36 on Kuroda’s dovish comments.

Kuroda brushed aside the view the BOJ’s yield cap was to blame for the yen’s recent sharp declines, reinforcing expectations he won’t use rate hikes as a tool to slow the currency’s falls.

“He’s still basically wedded to the current policy settings of the BOJ,” Alvin Tan, head of Asia FX strategy at RBC Capital Markets in Singapore. “It’s basically telegraphing to the world that he’s not going to change tack anytime soon.”

Despite Kuroda’s dovish tone, the BOJ upgraded its inflation forecasts and said price risks were skewed to the upside.

In fresh quarterly projections, the BOJ revised up its core consumer inflation forecast to 2.9% for the year ending in March 2023. That is higher than a 2.3% estimate made in July and well above the central bank’s 2% target.

The BOJ also upgraded its inflation forecasts to 1.6% for both fiscal 2023 and 2024, in a nod to recent evidence that companies are actively passing on rising raw material costs to households.

“Our new price forecasts have put increased weight on the chance Japan will see higher inflation accompanied by wage hikes,” Kuroda said. “We’re getting closer towards stably and sustainably hitting our price target. But we’re not there yet.”

In a sign of its concern over global recession fears, however, the BOJ cut its economic growth forecasts for fiscal 2022 and 2023.

The BOJ’s announcement came in the wake of the European Central Bank’s decision to raise interest rates on Thursday, continuing its efforts to prevent rapid price growth from becoming entrenched. The U.S. Federal Reserve is also expected to hike rates next week.

While more modest than other major economies, Japan’s core consumer inflation hit an eight-year high of 3% in September, exceeding the BOJ’s 2% target for six straight months.

The BOJ’s ultra-easy policy has helped trigger sharp yen declines that inflate the cost of importing already expensive fuel and raw materials, prompting the government to intervene in the market to prop up the currency. 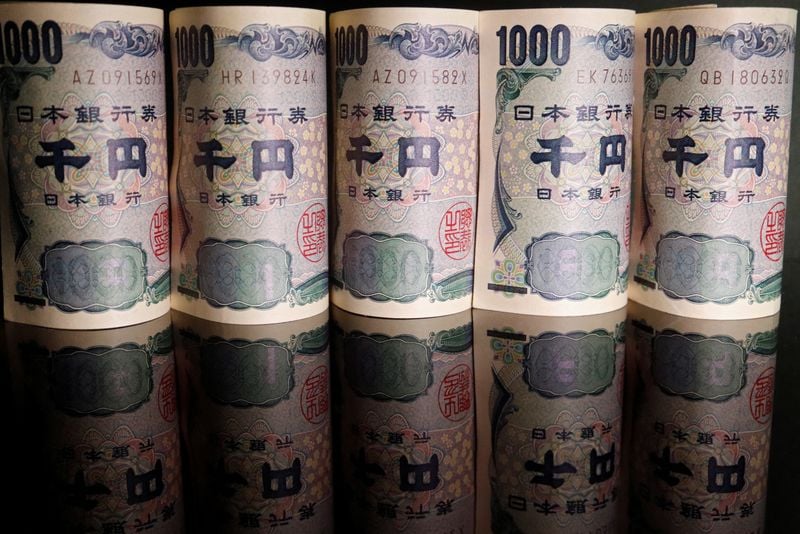