The world’s top coal consumer still relies on the fuel to heat homes across much of the colder north, and Beijing is determined to ensure sufficient supplies this year after shortages led to unprecedented power outages in 2021.

But China’s top three coal production regions have reported hundreds of COVID cases in recent weeks, data from the country’s health commission showed, disrupting coal trade. The provinces introduced strict transport curbs this month, leaving some mines unable to ship coal out and forcing them to slow or halt production.

The curbs include special licences for trucks to enter mines, while drivers are not allowed to leave their cabs during entire shipment journeys, which often cover 1,000 kilometres.

In Zhungeer county, which contributes 27% of Inner Mongolia’s coal production, authorities ordered everyone in the area to stay home since Oct. 19 after a solitary COVID case was reported at a coal mine, local government statements showed.

“Coal mines have to lower operations or even shut down if they cannot find trucks to transport their production out,” said a Zhungeer-based coal trader.

Two coal mines in Wuhai city in Inner Mongolia suspended production two weeks ago, said people managing the mines. The people declined to be named because they are not authorised to speak to media.

Daqin typically transports about 1.3 million tonnes of coal in a normal day, but daily volumes have plunged to between 200,000 tonnes and 300,000 tonnes, according to traders.

At major ports coal inventories have also fallen by 3% since late September, data from the China Coal Transportation and Distribution (CCTD) agency showed.

However, the impact of lower production has so far been offset to some degree as utilities have yet to step up winter purchases, said CCTD analyst Zhou Jie.

Daily coal use at major coastal power plants has slid from over 2 million tonnes a month ago to below 1.8 million tonnes, which is sufficient for 17 days of use, CCTD data showed.

The number of vessels currently waiting to load coal from northern Chinese ports stands at about 80 per day, about 24% less than the same period last year, according to data compiled by consultancy Sxcoal.

But traders remain worried that an extended outbreak could hit markets in two weeks when heating season starts in north China.

“The market is in a delicate balance. It depends on which one of the factors will come first to break the balance – the end of COVID outbreaks or the pick-up in demand,” said a Beijing-based coal trader. 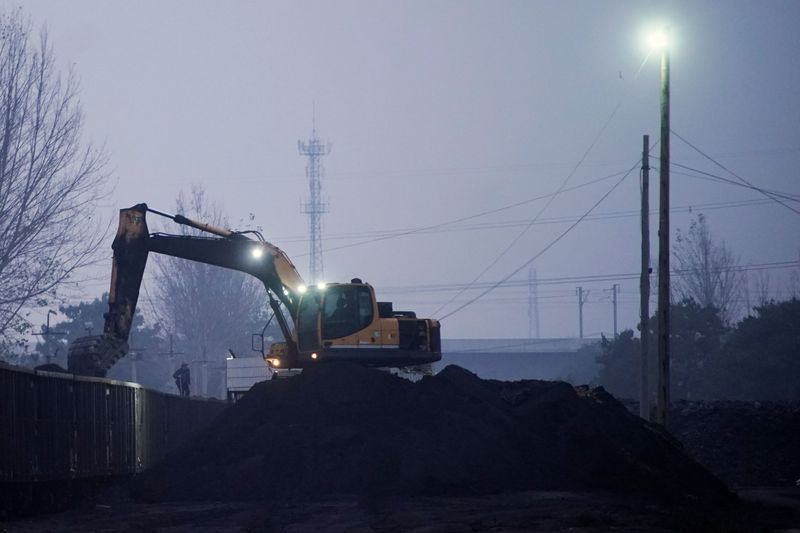