LONDON (Reuters) – Glencore expects second-half operating profit at its trading arm to fall sharply from the previous six months to $1.6 billion, it said on Friday, but it remains on track for a record 2022 performance on the back of high oil and coal prices.

Earnings before interest and tax (EBIT) in the first half reached $3.7 billion, with a long-term annual outlook range between $2.2 billion and $3.2 billion.

“Glencore expects a significantly reduced, but still above average, H2 marketing result … This will likely be taken as a slight disappointment by the market,” said Tyler Broda at RBC Capital Markets.

Jefferies analysts expect a large full-year capital return from Glencore between $5 billion and $10 billion, partly because thermal coal prices remain elevated by the world’s scramble for energy supply even as the global economy slows. Glencore both mines and trades the fossil fuel.

Supply chain issues in Kazakhstan as a result of the Ukraine war and extreme weather conditions that affected some mines in Australia led Glencore to cut its full-year production targets for coal, zinc and nickel.

However, it reported a 7% increase in coal production for the first nine months of the year at 81.9 million tonnes, driven by its Cerrejon mine in Colombia, where production is expected to surpass last year’s 103 million tonnes. The company projects production of at least 110 million tonnes for the year.

Copper output fell 14% to 770,500 tonnes, partly owing to continued reduced output from the Katanga mine in the Democratic Republic of Congo (DRC).

In July Glencore cut its full-year copper guidance to 1.06 million tonnes, down from a previous forecast of 1.11 million tonnes, citing geotechnical problems at the Katanga open-pit operation.

(This story has been corrected to say production figures are total output, not for Cerrejon mine only, in seventh paragraph) 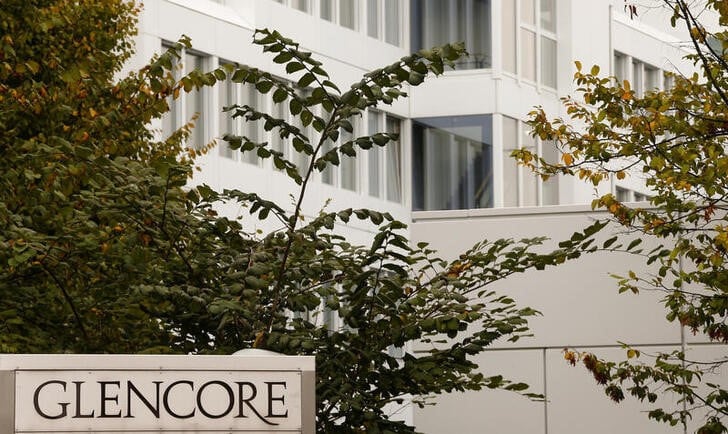