BERLIN (Reuters) -Porsche reported a 40.6% leap in operating profit to more than 5 billion euros ($5 billion) in the first nine months of 2022 and predicted a strong 2023 as its ability to raise prices protected it from the costs of supply chain snags.

Still, the carmaker did not raise its annual margin outlook from 17-18% even as it yielded a 17.8% profit margin in the third quarter, up from 15.5% last year.

Chief Financial Officer Lutz Meschke predicted a “strong 2023” and said he was unfazed by macroeconomic uncertainty, pointing to the luxury brand’s ability to pass on price hikes to its growing customer base of high net worth individuals.

Meschke warned in an media call of the need to protect supply chains worldwide from attacks and cybercrime, suggesting fears of politically motivated supply chain bottlenecks ahead.

The chief financial officer did not specify who needed protection from whom but cited the recent attacks on the Nord Stream pipelines and Deutsche Bahn as examples of breaches to security with severe consequences for supplies.

Deliveries were up just 2% to a little more than 221,500 vehicles this year so far, with exchange rate effects helping to boost profitability per car.

“The third quarter of 2022 was quite volatile and challenging from a political, economic and social perspective. Nevertheless, we were able to successfully list Porsche and get off to a flying start,” said Meschke.

Asked about plans for software development now that Porsche AG has ended cooperation with Volkswagen’s Cariad unit for future research and development, Meschke said the company was in close contact with Google and Apple as well as Baidu, Tencent and Alibaba in China for automated driving and infotainment technology.

Porsche, a huge money spinner for the Volkswagen group, overtook its former parent as Europe’s most valuable carmaker after the listing. Its shares stood at 99 euros by Thursday’s close, up from a listing price of 82.50 euros.

Oliver Blume, chief executive of both companies, said the listing would increase Porsche’s freedom as a business while providing Volkswagen with much-needed funds for its electrification drive.

In the short term the cost of the listing and the impact of suspending business in Russia has pushed down Volkswagen’s third-quarter earnings by 1.6 billion euros, results released on Friday showed. 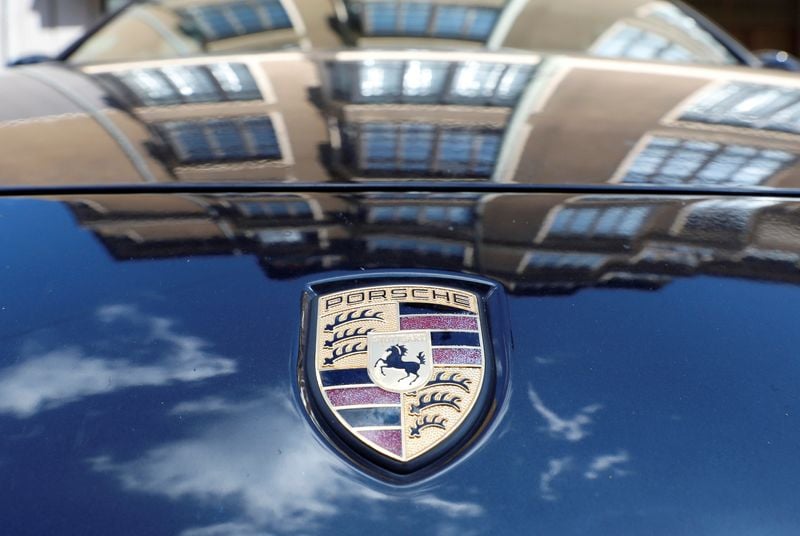