SEOUL (Reuters) – South Korea’s exports likely fell in October, shrinking for the first time in two years in the face of a global economic slowdown and rising interest rates, a Reuters survey showed on Friday.

The country’s outbound shipments were forecast to have fallen 3.0% in October from the same month a year ago, according to the median forecast of 11 economists, after growth slowed to a near two-year low of 2.7% in September.

That would end a 23-month streak of year-on-year gains since November 2020. The pace of growth has fallen more sharply since mid-2022, with growth rates for the past four months down to single-digits.

“Export growth rate is expected to turn negative in October on continued impact from weakening global demand for goods, downturn in semiconductor cycle, and slowdown of shipments to China,” said Park Sung-woo, an economist at DB Financial Investment.

During the first 20 days of this month, exports shrank 5.5%, as sales to China – South Korea’s biggest trading partner – dropped 16.3%, on course for a fifth full month of declines.

Meanwhile, imports were expected to extend their run of gains to a 23rd month with growth of 7.2%. Still, the figure would be well down on 18.6% in September and the weakest since January 2021.

Altogether, they would bring the trade balance to a deficit for a seventh consecutive month, putting it on track for the first annual shortfall in 14 years and the largest-ever.

Full monthly trade data is scheduled for release on the first day of November.

The survey also forecast the country’s annual inflation rate for October would be flat at 5.6%, after softening for a second month in September. The rate hit a near 24-year high of 6.3% in July.

There was, however, some division in expectations. Of 11 respondents, five saw the inflation rate rebounding, while three picked no change and the remaining three expected it to ease further.

On South Korea’s factory output, economists expected production to have extended its downturn for a third month in September, falling 0.3% on a seasonally adjusted monthly basis, after a 1.8% decline in August. 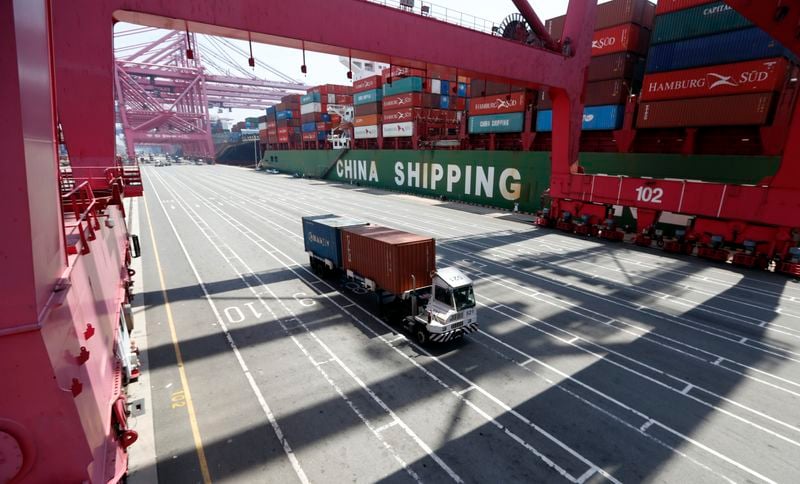