SYDNEY (Reuters) -Australian retail sales posted another solid increase in September thanks to spending on food, clothing and eating out with consumption staying surprisingly resilient in the face of surging inflation and higher interest rates.

Data from the Australian Bureau of Statistics (ABS) on Monday showed retail sales rose 0.6% in September from August to a record A$35.1 billion ($22.48 billion).

That was dead in line with market forecasts and left sales up a huge 17.9% on September last year when pandemic restrictions made shopping difficult, at least at physical stores.

“Many retailers remained open for the National Day of Mourning, an additional one-off public holiday in September, and this boosted spending on food, alcohol and dining out,” said Ben Dorber, head of retail statistics at the ABS, referring to a holiday to mark the passing of Queen Elizabeth.

This spending is one reason the Reserve Bank of Australia (RBA) is considered certain to raise interest rates again at its policy meeting in Tuesday, the seventh hike in as many months.

Markets are wagering on a quarter-point hike to 2.85%, with a one-in-five chance of a return to 50 basis point moves given inflation surprised on the high side in the third quarter.

Consumer prices rose at the fastest pace in 32 years at 7.3%, while core inflation accelerated to an annual 6.1% – further away from the RBA’s target band of 2-3%.

Analysts now assume the central bank will have to revise up its forecast 7.75% peak for consumer price inflation in its quarterly outlook on the economy, due on Friday.

Most, however, judge the RBA will likely stick to a moderate quarter-point rise given it only shifted down from half-point hikes in October and changing course so soon would be jarring.

Policymakers cited uncertainty about consumption as one reason to go slower on tightening with the full effect of past rate rises yet to show in mortgage payments, which could rise by around A$800 a month on a typical A$620,000 mortgage.

“The optics of dropping the pace of tightening in October and then stepping it up the following month would not look good,” said Gareth Aird, head of Australian economics at CBA. “And such a decision would send a very confusing message to households and businesses.”

He noted the hefty 250 basis points if tightening already delivered would have had little effect on inflation in the third quarter, or even this quarter, given inflation is a lagging indicator.

“The impact of policy tightening will impact consumer inflation in 2023,” said Aird. 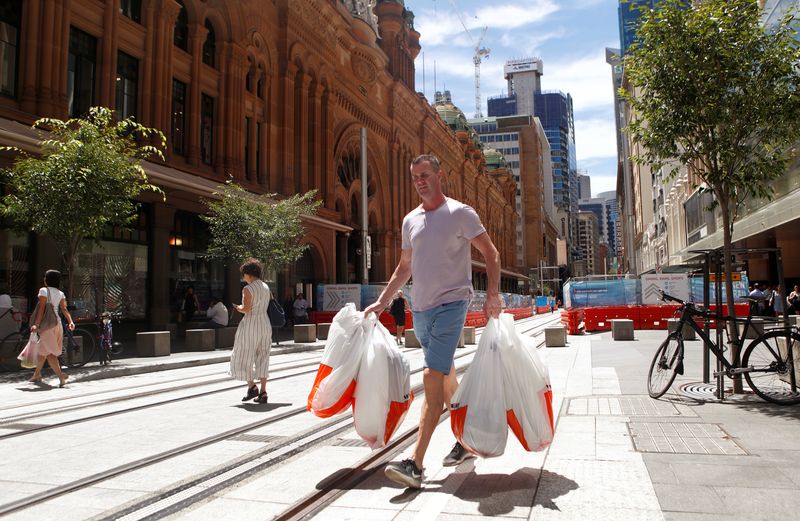