If world markets on Monday take their cue from Friday’s melt up on Wall Street it will round off what has, in many ways, been a truly remarkable month.

Investors face another (likely) bumper U.S. rate hike from the Fed later this week, and profit-taking and re-positioning as the new month begins could also burst the revival bubble. But it’s worth noting the resilience markets showed in October.

Yet world stocks are poised for their best month in almost two years, Wall Street volatility (the VIX index) fell, and according to Ryan Detrick at Carson Group, the Dow is about to seal its best month since January 1976.

Granted, this followed a particularly dire September, so some sort of bounce was perhaps on the cards. And not all equity markets are smiling – MSCI’s Asia ex-Japan index is almost certain to close in the red for an unprecedented 10th month in a row.

The divergence between U.S. and Asian markets is also reflected in the historic levels of dollar/Asia exchange rates, the widening gap between the U.S. and Chinese economic outlooks, and general investor confidence in the Fed versus Asian central banks’ policy path.

The Bank of Japan may come under pressure to intervene in the FX support the yen again, with the currency resuming its slide after the BOJ stuck to its ultra-loose policy guns on Friday.

The PBOC is also struggling to keep its exchange rate depreciation in check. Monday will confirm the yuan’s eighth monthly decline in a row, a record.

Three key developments that could provide more direction to markets on Monday: 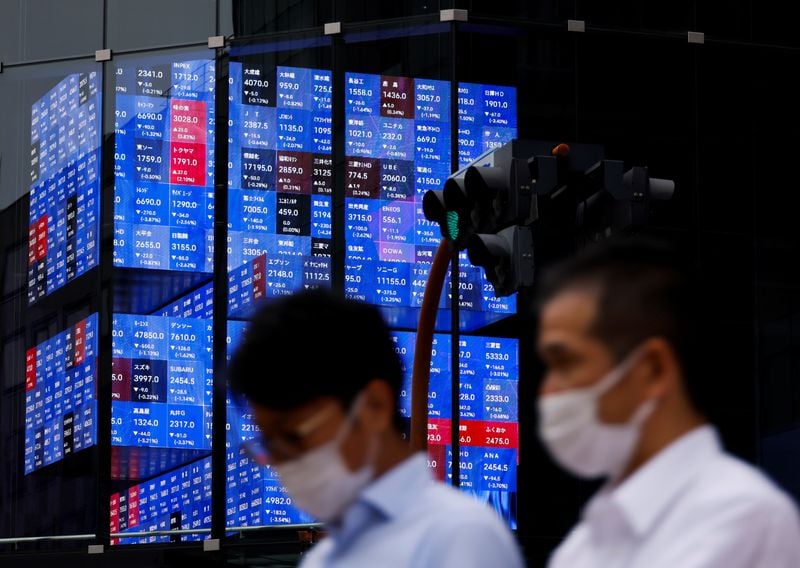