By Jan Strupczewski and Balazs Koranyi

Inflation in the 19 countries sharing the euro accelerated to 10.7% in October from 9.9% a month earlier according to Eurostat data, beating expectations in a Reuters poll for 10.2% and way higher than the ECB’s 2% inflation target.

Eurostat also estimated that the euro zone’s gross domestic product, while slowing sharply from the previous quarter, rose 0.2% quarter-on-quarter for a 2.1% year-on-year rise.

Some economists saw that continued growth as creating space for the central bank to keep taking strong inflation-fighting steps.

“Today’s data increase the likelihood that the ECB will raise its key interest rates again by 75 basis points in December,” Commerzbank said in a research note to clients.

The growth is important because many economists believe the ECB would not want to keep raising rates during an expected euro zone recession, heralded by the growth slow-down in the July-September compared with the 0.8% quarterly and 4.3% year-on-year growth in the April-June period.

Some did not exclude that idea, however.

“We continue to forecast a round of 50 bp rate hikes in December, followed by further 25 bp hikes at the subsequent meeting in February,” said Ken Wattret, economist at S&P Global Market Intelligence.

The ECB has raised rates a combined 200 basis points in the past three months and promised more hikes as soon as December.

French President Emmanuel Macron and Italian Prime Minister Giorgia Meloni have both expressed concerns that such tightening policies could intensify the region’s downturn.

After the October data, policymakers are likely to be concerned that underlying price growth, which filters out volatile food and fuel prices, continued to accelerate, pointing to broadening price pressures, which raises the risk that high inflation will get entrenched.

Indeed, inflation excluding unprocessed food and energy accelerated to 6.4% from 6.0%, while an even narrower measure that filters out alcohol and tobacco rose to 5.0% from 4.8%.

The surging inflation and slowing growth are mainly the result of Russia’s invasion of Ukraine and the subsequent disruption of Russian gas deliveries to Europe. That has driven up energy prices and broader inflation, triggered rate rises and lead to a slowing of economic activity and falling confidence.

Germany, Europe’s biggest economy, bucked the wider growth trend in the third quarter with a slight acceleration of quarterly growth to 0.3% from 0.1% in the second quarter, though its economy still decelerated in year-on-year terms.

Belgium, Latvia and Austria all already recorded a quarterly fall in GDP in the July-September period. 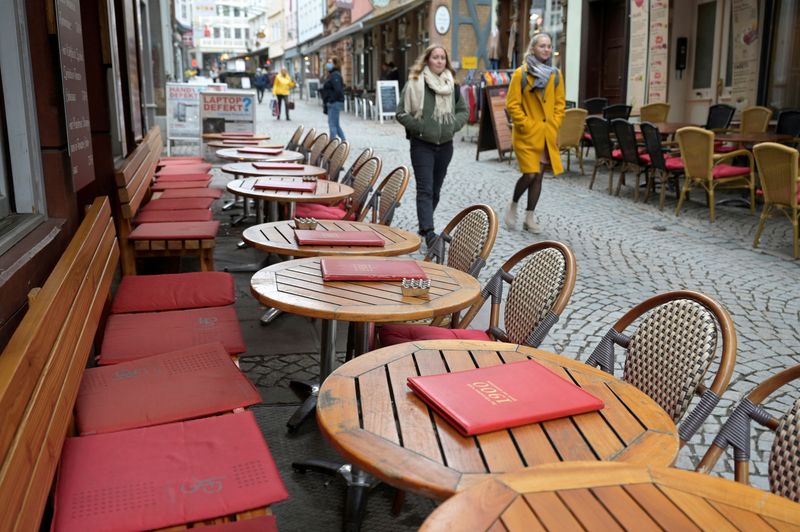