HONG KONG (Reuters) – Hong Kong aims to restore its reputation as a global financial hub by playing host to a bevy of top Wall Street executives this week, defying critics who say a talent crunch and geopolitical tensions will hobble its ambition.

The high-profile summit is the first in almost three years in the city since anti-government protests, the imposition of a sweeping national security law and strict COVID-19 curbs weakened its status as a premier financial centre.

Alongside the main theme of “navigating through uncertainty”, the summit is widely expected to focus on Hong Kong’s ambition to remain a global financial centre after almost three years of border controls and pandemic restrictions.

For foreign financial firms operating in China and Hong Kong, however, navigating tensions between the United States and China and a depleting pool of talent in what is touted as “Asia’s world city” will continue to prove challenging, analysts said.

Global banks are playing their cards reasonably well in the face of tougher political environment, he said, though there has been a shift among the expatriate workforce from Hong Kong to other locations, such as Singapore.

“The geopolitical situation has deteriorated rapidly over the past two years or so, and the political environment in China has clearly shifted as well, both of which present hard-to-quantify long-term risks.”

Blackstone President Jonathan Gray will not attend after testing positive for the virus, and will be replaced by finance chief Michael Chae, a spokesperson said on Monday.

Citigroup CEO Jane Fraser will also not attend due to COVID-19 infection, Reuters reported on Thursday.

An updated programme, necessary because of replacement of a small number of speakers forced to cancel mainly because of “unexpected personal circumstances” will be released on Tuesday, HKMA said in a statement late on Monday.

The city’s Financial Secretary Paul Chan, one of the main speakers, also contracted COVID-19 during a visit to Saudi Arabia , the government said last week. Chan, however, later tested negative and is expected to return to Hong Kong on Tuesday, a government statement said on Monday.

Participants will look for reassurances of a return to pre-pandemic normality, making it easier for them to attract staff to Hong Kong.

HKMA head Eddie Yue told a local newspaper last week the event would send a clear message that “Hong Kong is back”, and it would be the “fireworks which draw the eyeballs of global talent”.

“I totally agree that the conference hopefully can be a very beautiful fireworks display,” said Gary Ng, Hong Kong-based senior economist for Asia Pacific at Natixis. “But it depends on what happens after.” 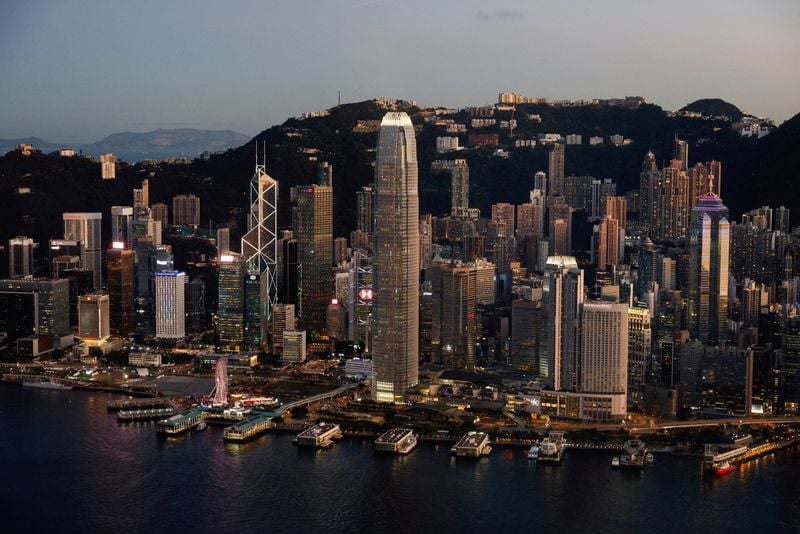