As a blitz of central bank rate meetings from Australia and Britain to the United States keeps investors on edge this week, markets will also wrestle with crucial data on inflation and jobs.

Monday kicks off with the euro zone’s October flash inflation estimate, which is expected to remain elevated with a 10.2% year-on-year rise.

With the ECB just delivering its second 75-basis-point (bps) rate increase to stem price pressures, authorities are desperate to see if their actions are having the desired impact.

ECB governing council member Klaas Knot said on Sunday that the central bank’s next move in December is likely to be between 50 and 75 bps.

“We are not in even half-time yet,” Knot said in an interview with Dutch TV programme Buitenhof, referring to the ECB’s fight against surging euro zone inflation.

Factory surveys early in the week are expected to add to evidence of weakening global demand.

But for global investors, the Fed’s meeting on Tuesday and Wednesday will take centrestage along with Friday’s U.S. jobs data.

Asian stocks edged up on Monday on expectations that the Fed will tone down its expected rate hikes after this week’s meeting. The Fed is all but set to increase rates by 75 bps on Wednesday.

In a move that could deepen a global food crisis, Russia suspended participation from a U.N.-brokered deal to export Black Sea grains, sending Chicago wheat futures 5% higher on Monday.

Meanwhile, Luiz Inacio Lula da Silva narrowly defeated President Jair Bolsonaro in a runoff election on Sunday that marked a stunning comeback for the leftist former president and the end of Brazil’s most right-wing government in decades. 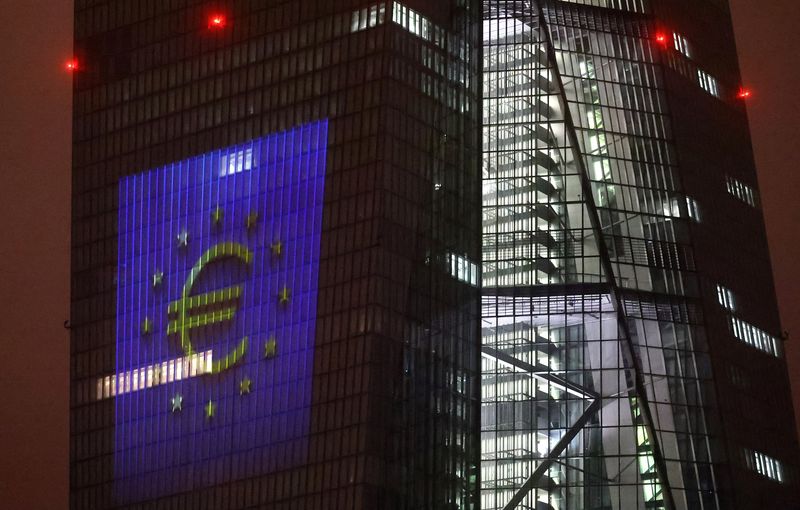