Investors’ focus on the growing stress in Asian financial markets has tended to center gravitate towards the yuan and the yen. They should probably add HIBOR to their worries.

Hong Kong Interbank Offered Rates – the rates at which banks in Hong Kong lend to each other – are soaring, especially at the short end of the curve. Indeed, the ultra short end is inverted.

Overnight HIBOR jumped by 58 basis points on Monday through 3.00%, the highest in almost three years. This followed a 45 bps spike on Friday.

It could also be related to Hong Kong’s efforts to defend its pegged currency and prevent it from breaching the weaker end of its 7.75 to 7.85 band against the U.S. dollar. This has eroded cash balances in the local banking system to their lowest in nearly three years.

It could also be related to the mounting downward pressure on the Chinese yuan. Or month-end issues – HIBOR spiked sharply higher in late June and September too.

Whatever the cause, it is another regional red flag on top of persistent FX weakness, central bank intervention, and the steep decline in Hong Kong and Chinese stocks, especially tech.

On the yen, Japan’s Ministry of Finance confirmed that it spent $43 billion on FX market intervention over two days in October, which follows $20 billion spent on Sept. 22 trying to contain the currency’s slide.

The big regional diary event on Tuesday will be the RBA’s rate decision. Investors are forecasting a quarter-point hike.

Three key developments that could provide more direction to markets on Tuesday: 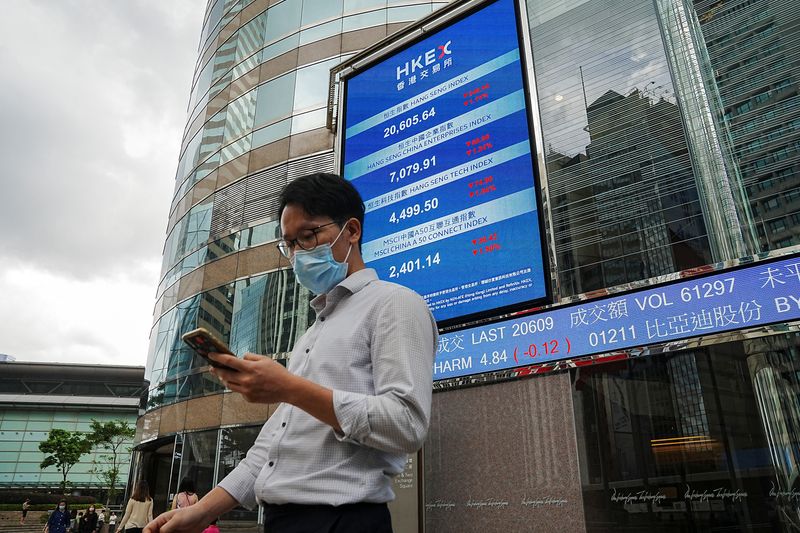