WASHINGTON (Reuters) -Former President Donald Trump on Monday asked the U.S. Supreme Court to intervene in his fight to prevent a U.S. House of Representatives committee from gaining access to his tax returns for reasons he claims are politically motivated.

Trump filed an emergency request to put on hold a lower court ruling against the Republican former president that upheld the Democratic-led House Ways and Means Committee’s request for the tax materials as a justified part of its legislative work while his attorneys prepare an appeal.

“If allowed to stand, it will undermine the separation of powers and render the office of the Presidency vulnerable to invasive information demands from political opponents in the legislative branch,” Trump’s lawyers wrote, referring to the division of authority among the three branches of the U.S. government.

The fight has lingered since 2019 when the committee sued Trump to force disclosure of the tax returns. Trump was the first president in four decades years not to release his tax returns as he aimed to keep secret the details of his wealth and the activities of his company, the Trump Organization.

The committee in its request invoked a federal law that empowers the chairman of the House Ways and Means Committee to request any person’s tax returns from the IRS.

House Democrats have said they need Trump’s tax returns to see if the IRS is properly auditing presidential returns and to assess whether new legislation is needed. Trump’s lawyers have called that explanation “pretextual” and “disingenuous,” saying the real aim is to unearth politically damaging information about Trump, who is considering another run for the presidency in 2024.

U.S. District Judge Trevor McFadden, a Trump appointee, sided with Congress in December 2021 and threw out the case, finding that the committee holds broad authority over a former president’s tax returns.

In August, the District of Columbia U.S. Circuit Court of Appeals also ruled against Trump, concluding that “every president takes office knowing that he will be subject to the same laws as all other citizens upon leaving office.” The appeals court refused a rehearing on Oct. 27.

(Reporting by Andrew Chung in Washington and Nate Raymond in Boston; Editing by Will Dunham) 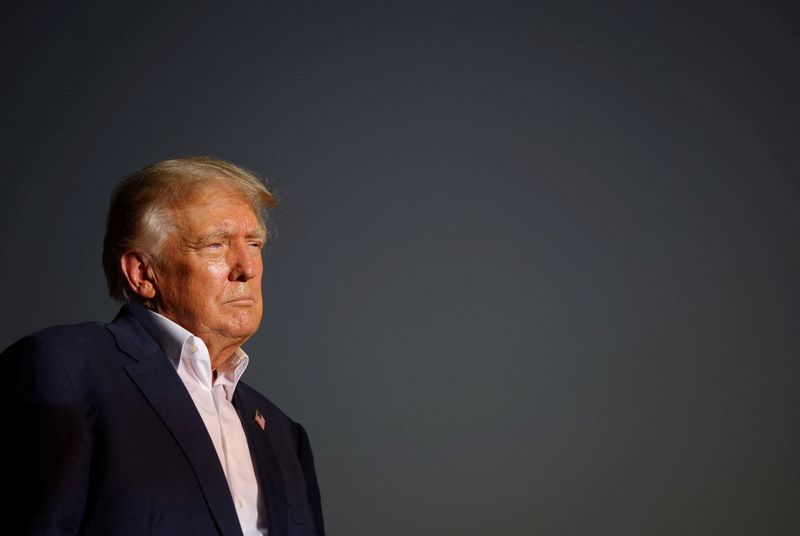