By Yimou Lee and Brenda Goh

(Reuters) – Apple supplier Foxconn said on Tuesday it has quadrupled bonuses on offer for workers at its Zhengzhou plant in central China as it seeks to quell discontent over COVID curbs and retain staff at the giant iPhone manufacturing site.

Daily bonuses for employees, who are part of a Foxconn unit responsible for making electronics including smartphones at the site, have been raised to 400 yuan ($55) a day for November from 100 yuan, according to the official WeChat account of Foxconn’s Zhengzhou plant.

Foxconn, formally Hon Hai Precision Industry Co Ltd, is Apple’s biggest iPhone maker, producing 70% of iPhone shipments globally. It makes most of the phones at the Zhengzhou plant where it employs about 200,000 people, though it has other smaller production sites in India and south China.

The Zhengzhou plant has been rocked by discontent over stringent measures to curb the spread of COVID-19, with several workers fleeing the site over the weekend after complaining about their treatment and provisions via social media.

Foxconn had no choice but to follow government instructions which had put workers in “miserable conditions”, a person familiar with the situation on campus told Reuters, adding that the circumstances caught management by surprise.

“Initially there wasn’t enough to eat or drink,” said the source, who declined to be identified as they were not authorised to speak to the media. Essential supplies had since been shipped into the Foxconn campus after the shortage triggered “a sense of anxiety”, the source added.

The plant had faced capacity constraints in isolating those infected, a Foxconn manager who oversees more than 1,000 workers told a unit of financial news outlet Yicai.

Panic also spread among workers due to rumours on social media and perceptions they were at risk of severe illness should they catch the virus, said the unnamed manager.

The original bonus scheme was initially outlined in an article on Monday by government-backed Henan Daily, citing a senior unnamed Foxconn executive.

Foxconn has not disclosed whether any workers at the Zhengzhou site had been diagnosed with COVID-19 but the executive told the newspaper there had been no severe infections and the company had set up a team to transfer infected staff to quarantine.

Foxconn did not immediately respond to a request for comment on the Henan Daily article. The Henan Daily is the official newspaper of Henan province, of which Zhengzhou is the capital.

Reuters was not immediately able to reach the Zhengzhou government by fax or phone for comment on Tuesday. On Sunday, the city said authorities had sent in teams to the plant to help the company carry risk assessments and deal with the situation.

Reuters reported on Monday, citing a source, that the production of iPhones in November could slump by as much as 30% at the plant due to the situation and that Foxconn was working to boost production at another factory in Shenzhen to make up for the shortfall.

Foxconn’s shares closed down 1% on Tuesday, lagging a 0.4% rise in the broader index.

Foxconn’s notice on Tuesday also said those who work for more than 25 days could get a maximum bonus of 5,000 yuan for the month, up from previous maximum of 1,500 yuan, as part of an effort to “gradually resume orderly production” and to “thank our fellow employees’ persistence.”

Those who put in their “full effort” during November, including forgoing any leave, could be paid a total bonus of over 15,000 yuan for the month, the notice added.

A worker told Reuters on Tuesday she had decided to quit despite the bonuses on offer because what they had faced was “horrible”. However, some of her colleagues were convinced to stay for the extra money, she added.

China’s zero approach towards COVID-19 requires localities to act swiftly to curb outbreaks with measures including lockdowns, but it allows factories in affected areas to stay open on condition they operate under a “closed loop” system where staff live and work on-site.

However, businesses have complained about the difficulties of the system and the toll on staff.

The senior executive cited by the Henan Daily said Foxconn started carrying out daily COVID testing for its staff at the site on Oct. 10, and three days later implemented the closed loop system by moving staff living off-site into its dormitories.

(Reporting by Brenda Goh in Shanghai and Yimou Lee in Taipei; Editing by Stephen Coates, Christian Schmollinger and Lincoln Feast.) 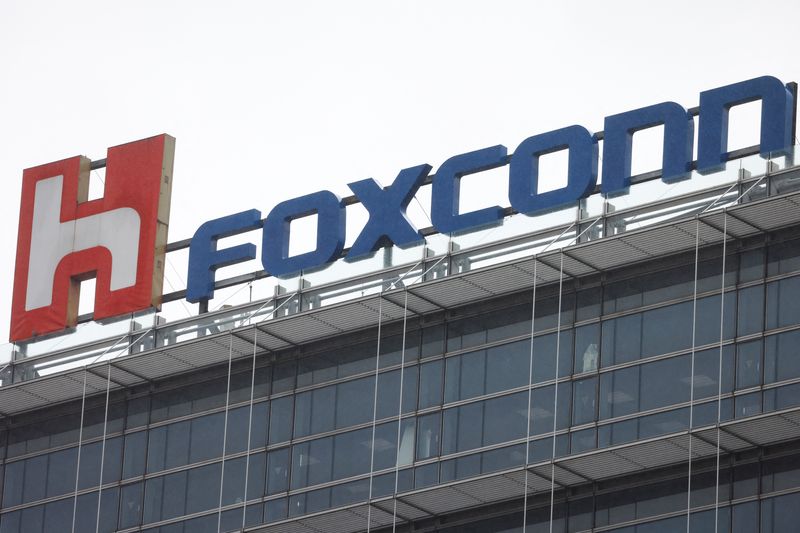