TORONTO (Reuters) – Canadian manufacturing activity contracted for a third straight month in October as production and new orders fell, while recent pressure on the Canadian dollar contributed to a jump in output prices, data showed on Tuesday.

The S&P Global Canada Manufacturing Purchasing Managers’ Index (PMI) fell to a seasonally adjusted 48.8 in October from 49.8 in September.

In August, it touched its lowest level in more than two years at 48.7. A reading below 50 shows contraction in the sector.

“October PMI data for Canada alluded to a weaker manufacturing performance as output and new orders fell concurrently,” Shreeya Patel, an economist at S&P Global, said in a statement.

The output index fell to 47.4 from 48.3 in September as high prices, labour shortages and weak demand weighed, while the new orders measure was down to 46.0 from 46.9.

“Manufacturing businesses in Canada are continuing to consider their plans for the future, especially as the economic environment becomes increasingly difficult to navigate,” Patel said.

“Panel comments indicated higher interest rates and growing concerns of a recession weighed on output projections for the year ahead.”

The Bank of Canada last week forecast that the Canadian economy would stall over the next three quarters as it raised its benchmark interest rate to a 14-year high of 3.75% in an effort to subdue inflation.

The input price index eased to its lowest level in nearly two years in October, but the measure of output prices climbed to 60.8 from 55.4 in September, as firms passed on higher costs associated with a weaker Canadian dollar.

The loonie has fallen 6.7% against a broadly stronger U.S. dollar since August. 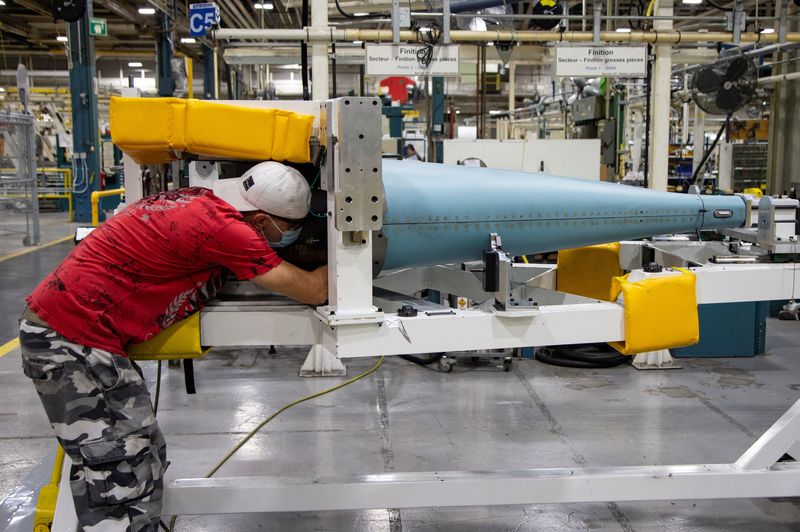