(Reuters) – Serial entrepreneur Oleg Tinkov has renounced his Russian citizenship, saying he does not want to be associated with “fascism” or people who collaborate with “killers”.

In an Instagram post published on Tuesday, the 54-year-old founder of Tinkoff Bank wrote: “I decided to renounce my Russian citizenship after Russia invasion of independent Ukraine. I am against this war, and the killing of peaceful people.”

Tinkov, whose upstart digital credit card company, TCS Group Holding, grew to become one of Russia’s largest financial institutions, has been an outspoken critic of the invasion and President Vladimir Putin.

He was forced to sell his 35% stake in TCS, Tinkoff Bank’s parent, to Russian metals magnate Vladimir Potanin in April, following a string of anti-war comments.

Tinkov said an original Instagram post published on Monday, with a picture of a certificate renouncing his citizenship as of Oct. 26, had “mysteriously disappeared”.

Tinkov also said on Tuesday he was suing to force the bank to stop using his name.

The bank, for its part, said it had full legal rights to the use of the Tinkoff brand, the TASS news agency reported.

The tycoon, who has likened himself to British billionaire Richard Branson and was worth almost $10 billion at his peak, launched electronics, frozen food and beer brands before setting up Tinkoff Bank in the mid-2000s.

Before he sold his stake, Britain imposed sanctions on Tinkov, saying he was “receiving benefits from the Russian government” through his stake in a systemically important company.

Tinkov is believed to live in London, where he underwent years of treatment for leukaemia. He says he now has no business interests in Russia.

Tinkoff previously held U.S. citizenship, but renounced that around the time Tinkoff Bank went public in 2013 in what Washington said was an attempt to avoid tax liabilities. 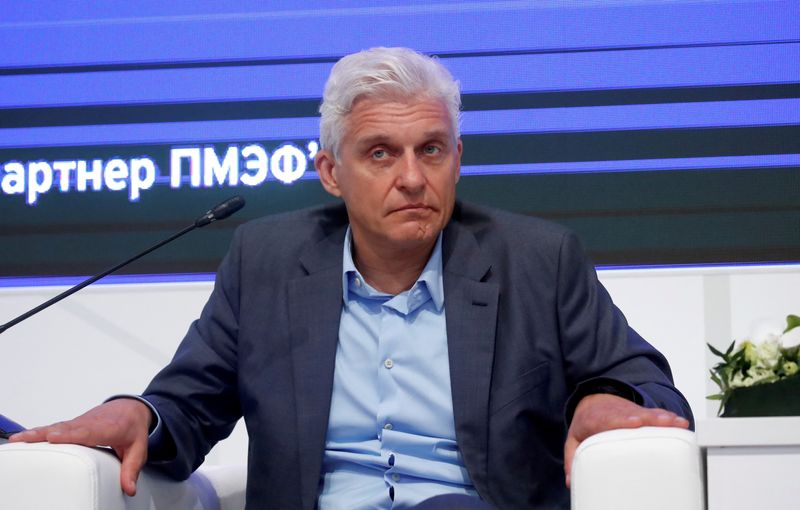