EXCLUSIVE: We Asked Migrants If They Believe The Biden Admin Is Fixing Immigration. Here’s What They Had To Say

AGUA CALIENTE, Guatemala — Migrants don’t believe that the U.S. is solving the immigration issue or addressing any of the “root causes” leading them to flee their countries, they told the Daily Caller News Foundation at the Guatemalan-Honduran border.

President Joe Biden tasked Vice President Kamala Harris with addressing immigration in March 2021, asking her to focus on the “root causes” of migration in Central America. Migrants on their way to the U.S. in Guatemala, many of whom are from Venezuela and Colombia, told the DCNF that any talk from the U.S. that it’s fixing the problems in their countries is “a lie” and if things were better at home, they wouldn’t be coming.

“No, in reality, everything is political. And politics doesn’t solve anything. Everything is a smoke bomb. It’s a lie. It’s an illusion. In Venezuela, right now what we need is help, help that we don’t get. And so what we’re doing right now, we’re not doing it because we want to, we’re not doing it out for fun, it’s because we need it,” one migrant from Venezuela told the DCNF when speaking about the U.S. efforts to solving issues in their home countries.

“To be honest, no,” a migrant from Colombia, Andre, told the DCNF.

“We cannot solve the challenge at our border without addressing the lack of economic opportunity, weak governance and corruption, and violence and insecurity that compel people to flee their homes in the first place,” the Biden administration’s immigration plan states.

Andre pointed to the country’s new president and his former membership with the left-wing M-19 guerrilla movement as his reason for fleeing. “The left is now in office and Colombia is getting worse,” he said. 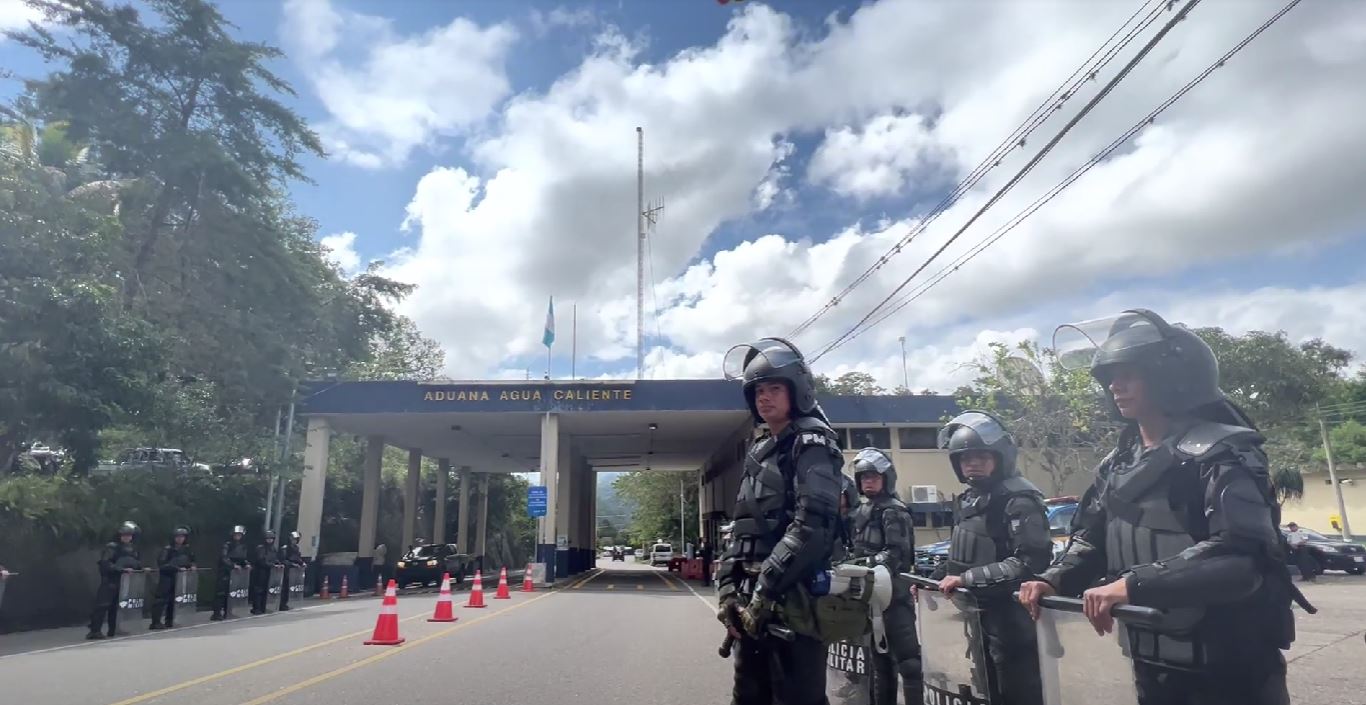 Guatemalan border authorities, who typically expel non-Central Americans back to Honduras, had just apprehended the migrants when the DCNF spoke with them.

“In reality, if we had the resources, and we could live freely in our countries … we wouldn’t be migrating because there’s professional people here,” the migrant from Venezuela added, saying that he’s an engineer and that their group includes a mechanic, another engineer and a police officer. “We’re all professionals. And we’re going through a hard time. We only need resources for our families because we want to give them a better life.”

“Our message is that he should have communicated in a better way the date in which we couldn’t continue those routes,” he said. “If they would’ve given us an early warning, and not all of a sudden, there’s already people that were here on their way and the only option that we have is to go back to our country, so through the jungle.”

Upon entering office, Biden reversed many Trump-era immigration policies focused on deportation and increasing barriers to entry. U.S. Customs and Border Protection (CBP) encountered 2.4 million migrants at the southern border in fiscal year 2022, a new record driven by illegal migration of people from Central America and beyond.

The White House didn’t immediately respond to the DCNF’s request for comment.

EXCLUSIVE: We Asked Migrants If They Believe The Biden Admin Is Fixing Immigration. Here’s What They Had To Say

Content created by The Daily Caller News Foundation is available without charge to any eligible news publisher that can provide a large audience. For licensing opportunities of our original content, please contact licensing@dailycallernewsfoundation.org.

SHEILA NAZARIAN: It’s Time For Jews To Take Advantage Of The Second Amendment

SHEILA NAZARIAN: It’s Time For Jews To Take Advantage Of The Second Amendment