(Reuters) – Elon Musk has championed Tesla Inc’s driver assistance Autopilot and “Full Self-Driving” software as innovations that will both improve road safety and position the electric vehicle maker as a technology leader.

But the Tesla systems – and Musk’s claims about them – face their biggest challenge since the launch of Autopilot in 2015 as a series of lawsuits and a criminal case over fatal Tesla accidents head to court.

Here is a list of legal and regulatory challenges to Autopilot:

A Model S driver charged with manslaughter after a fatal accident while using Autopilot in 2019 in Los Angeles faces a trial set to start Nov. 15. Tesla was not charged, but the Tesla system and the company’s claims about it are expected to be in focus. The trial is being watched by legal experts as a kind of test case for the responsibility of a human driver who was in a car partly driving itself.

The family of one of the two people who died in the crash has also sued Tesla and the driver, claiming Tesla should have taken steps to safeguard abuses of Autopilot. That trial is scheduled for July.

A lawsuit against Tesla is set to go to trial in February over an accident that killed the 50-year-old Tesla Model 3 owner Jeremy Banner when his car struck a tractor trailer at the intersection of a highway in Florida in 2019. This is scheduled to be the first civil lawsuit related to Autopilot that goes to trial.

A 2018 crash involving a Tesla Model X killed the driver, Apple engineer Walter Huang, when it swerved and slammed into a concrete divider on a freeway in Mountain View, California. A lawsuit by his wife against Tesla is scheduled to go to trial in March.

The National Transportation Safety Board investigated both the California and Florida accidents, and blamed both the driver and Tesla. The NTSB said drivers relied too heavily on the Autopilot system, while Tesla failed to restrict the use of Autopilot or to adequately monitor driver attentiveness.

In 2018, Tesla said the driver’s hands in the Mountain View accident were not detected on the wheel for 6 seconds prior to the collision, and that he did not take action to avoid the accident.

Tesla is under criminal investigation in the United States over claims that the company’s electric vehicles can drive themselves, three people familiar with the matter told Reuters.

The Justice Department investigation potentially could conclude with criminal charges against the company or individual executives, the people familiar with the inquiry said.

California’s Department of Motor Vehicles (DMV) could suspend Tesla’s license to sell vehicles in California and require the company to make restitution to drivers.

California’s DMV is also conducting a separate safety review which could force Tesla to seek regulatory permits to operate its vehicles in California.

The DMV said it “remains in the discovery stage of this proceeding,” without elaborating.

In June, the National Highway Traffic Safety Administration upgraded its defect investigation into 830,000 Tesla vehicles with Autopilot, a required step before it could seek a recall. The auto safety regulator is reviewing whether Tesla vehicles adequately ensure drivers are paying attention.

NHTSA has asked for information on Tesla’s internal camera and what role it plays in monitoring driver attentiveness, as part of the probe.

In September, Tesla was sued in a proposed class action accusing the EV maker and Musk of having deceptively advertised Autopilot and FSD as fully functioning or “just around the corner.”

The lawsuit filed in federal court in San Francisco said Tesla did this to “generate excitement” about its vehicles, drive up its stock price and become a “dominant player” in EVs.

Tesla did not respond to questions from Reuters about the lawsuits and investigations mentioned above. 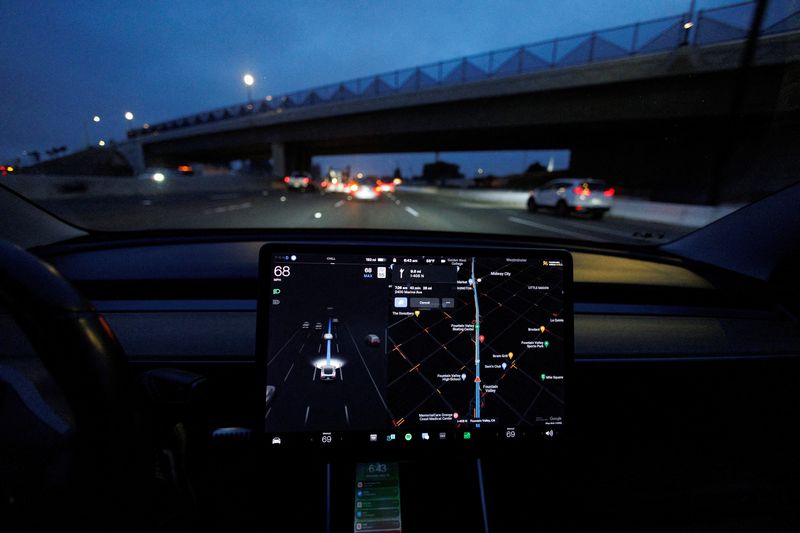