By Donny Kwok and Twinnie Siu

HONG KONG (Reuters) – Hong Kong’s retail sales nudged up in September helped by improved tourism from eased pandemic restrictions, government data showed on Tuesday, but an official warned that tightened financial conditions will pose a challenge for the outlook.

Strict COVID-19 restrictions have weighed on Hong Kong’s economy since early 2020, grinding tourism to a halt and battering sales at bars, restaurants and shops.

The city scrapped a hotel quarantine requirement for all incoming visitors in September, after closely following China’s “zero-COVID” policy over the past two years.

Rising interest rates and a pessimistic economic outlook have put pressure on asset prices, dragging down private home prices in the city.

The Chinese special administrative region has experienced a surged in travel after it ended mandatory hotel quarantine for international arrivals.

Hong Kong’s economy contracted by 4.5% in the third quarter from a year earlier, shrinking for the third consecutive quarter as trade performance remained weak.

However, the city’s seasonally adjusted unemployment rate eased to 3.9% in the July-September quarter, improving for the fifth consecutive period.

In September, sales of jewellery, watches, clocks and valuable gifts, which before the pandemic relied heavily on tourists from the mainland, rose 8.4% from a year earlier, following a 3.9% expansion in August, the data showed.

Sales of clothing, footwear and accessories in September fell 7.2% on year after an 8.8% drop in August. 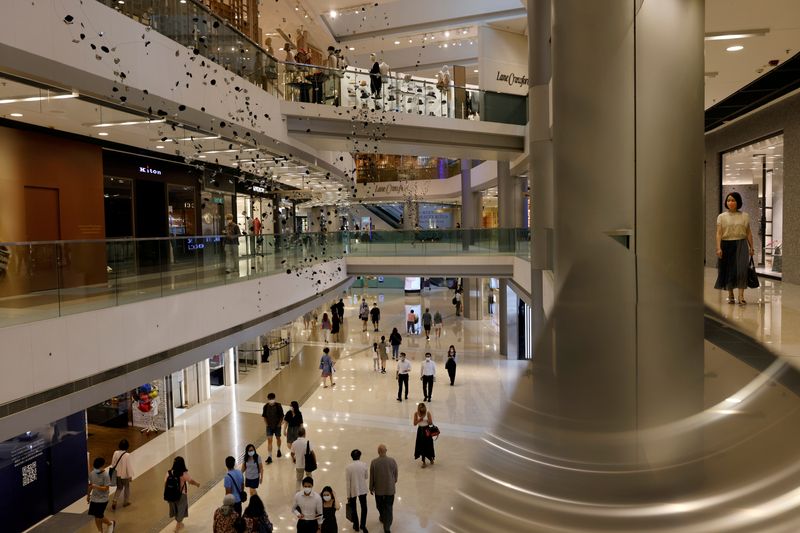