NEW YORK(Reuters) -Private equity firm KKR & Co Inc’s after-tax distributable earnings fell 11% in the third quarter from a year earlier on a steep drop in transaction fees, although the result came in ahead of expectations.

KKR said income from its capital markets unit tumbled 41% to $116.1 million a year earlier. Income from investments made out of its balance sheet fell to $285 million, a 36% slide as the firm cashed out fewer assets from its private equity portfolio amid the volatility.

“High levels of inflation are clearly impacting global consumers, while the sharp increase in interest rates has had multiple knock-on effects that will invariably slow much of the global economy,” said KKR Chief Financial Officer Robert Lewin during an analyst earnings call on Tuesday.

KKR said its private equity funds depreciated by 4% during the third quarter. Opportunistic real estate funds were down 1% while leverage credit funds gained 1%.

By contrast, Blackstone Inc reported a 0.3% decline in its corporate private equity funds and a 0.6% drop in its opportunistic real estate funds.

KKR’s fee-related earnings rose 2% to $541.8 million due to an increase in management fees owing to strong fundraising and the closing of its acquisition of Japanese real estate asset manager Mitsubishi Corp-UBS Realty Inc.

Total assets under management stood at $496 million. The firm declared a regular dividend of 15.5 cents per share. 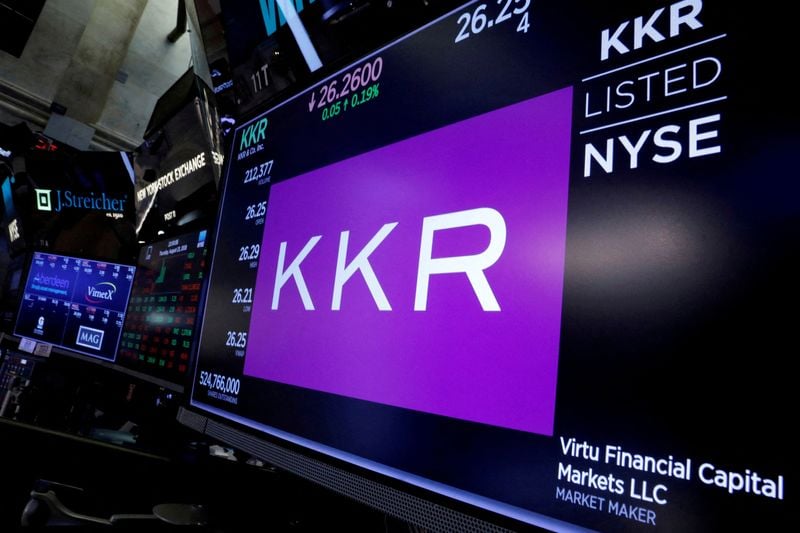