By Hongji Kim and Ju-min Park

SEOUL (Reuters) – A temporary morgue for some of the people killed in South Korea’s Halloween party crush is now a huge lost-and-found, where hundreds of items such as a “Happy Halloween” backpack and a Minnie Mouse hairband await their owners.

The Wonhyoro sports centre was quiet on Tuesday, three days after the crush in the popular Itaewon district during Halloween festivities, as a few people sifted through more than 800 recovered lost items.

Five kilometres from the scene of the disaster, the modern sports facility was used in the initial hours to keep the bodies of some of the 156 people crushed to death when a chaotic surge of crowd poured into a narrow alley late on Saturday.

On Tuesday, its floor was laid with 256 pairs of shoes, 258 pieces of clothing, 124 bags and 156 electronic items, and other personal belongings, including stuffed animal key chains and festive Halloween masks.

Mobile phones and identification cards were kept separately at a police station.

One survivor of the crush walked through the items looking for her bag, her left leg in a cast from her injury that night. She couldn’t find what she was looking for.

The woman, who declined to give her name, said she and her friend were about to head home when the crowd swelled dangerously and ended up in a large crowd pushing forward into a narrow, sloped alleyway. She got jammed in place near the bottom of the hill.

“I was smothered at the far bottom (of the alley), but I survived because my upper torso wasn’t pressed under,” she said. She said her friend was also rescued.

South Korea is in a week-long period of national mourning and top officials pledged on Tuesday to answer questions about how the tragedy unfolded and how the government could prevent similar disasters. [L1N31X03Y]

The death toll is 156 with 151 injured, 29 of whom were in serious condition. At least 26 citizens from 14 countries were among the dead.

A police officer told Reuters the gym opened for owners and family members on Monday to claim their lost items, but few have come so far. 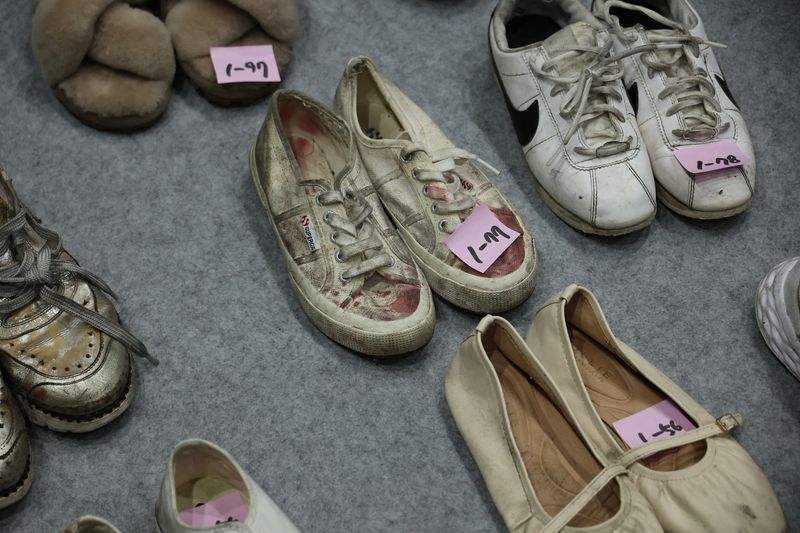 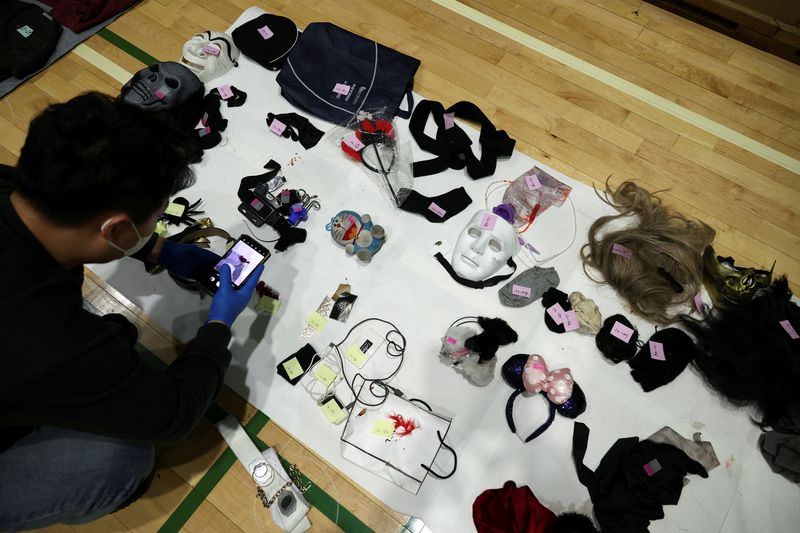 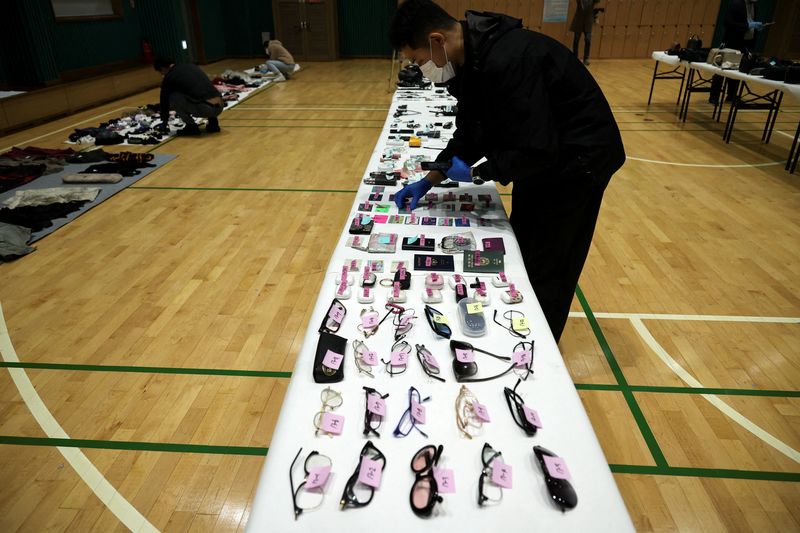 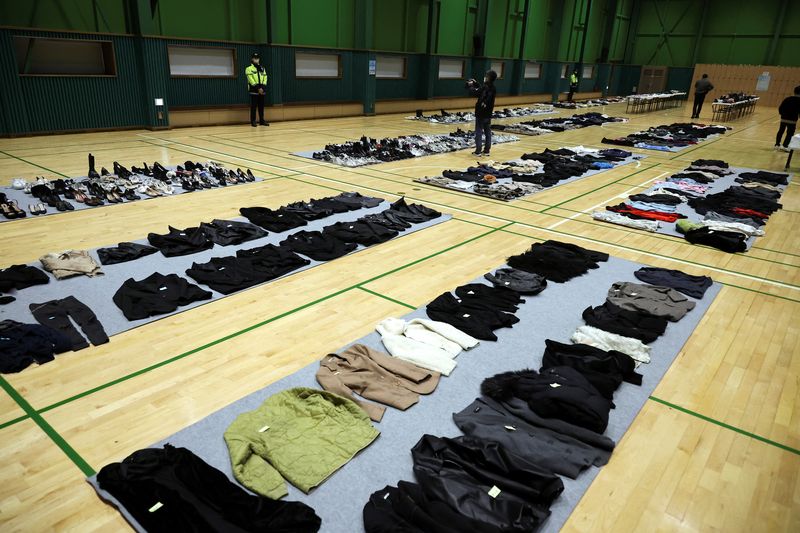