LONDON (Reuters) – The cost of fresh food in British shops last month was 13.3% higher than a year earlier, the biggest annual increase in records going back to 2005, the British Retail Consortium said on Wednesday.

The BRC, a trade body, said its broader measure of shop price inflation picked up to 6.6% in October from 5.7%, while food prices overall rose 11.6%, as the cost of less perishable foodstuffs rose more slowly than prices for fresh items.

“It has been a difficult month for consumers who not only faced an increase in their energy bills, but also a more expensive shopping basket,” BRC chief executive Helen Dickinson said.

Britain’s official measure of consumer price inflation – which covers a wide range of goods and services including soaring energy bills – returned to a 40-year high of 10.1% last month, and the Bank of England expects it will peak this month at nearly 11%.

Outsize rises in the cost of food have come under particularly close attention, and some anti-poverty and anti-obesity charities have reported that shoppers are turning to more calorific processed foods to save money.

The BRC said retailers were under pressure from rising energy bills, staff costs and commodity prices, and urged the government to freeze a planned 800 million pound rise in business property taxes, which shops would pass on to customers.

“While some supply chain costs are beginning to fall, this is more than offset by the cost of energy, meaning a difficult time ahead for retailers and households alike,” Dickinson said. 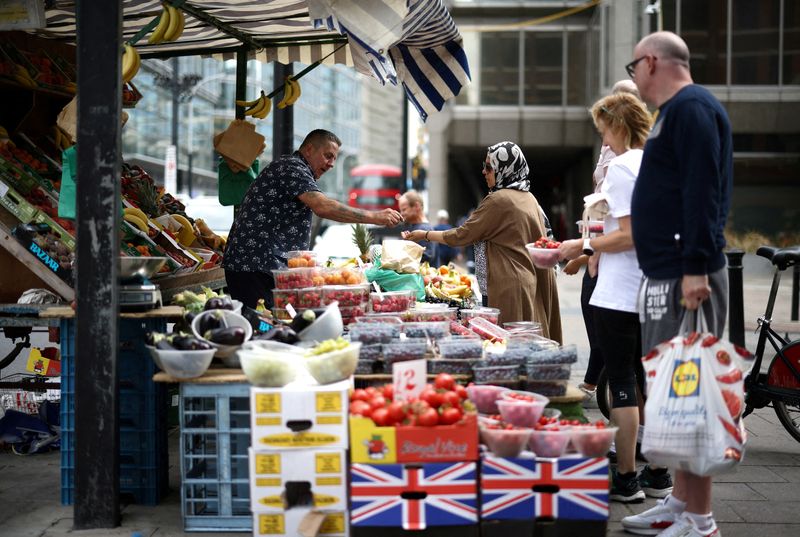