ALGIERS (Reuters) – Arab leaders said on Wednesday that the Palestinian cause was still central for them after their first summit meeting in three years, but they did not directly address their own splits over peace with Israel or its election of a new right-wing government.

The final declaration after the meeting in Algiers pledged continued Arab support for the Palestinian cause, said Jerusalem must be protected, condemned Israel’s use of violence against Palestinians and urged Israel to lift its blockade of Gaza.

However, they made no new proposals for advancing Palestinian statehood or rights, with many Arabs disillusioned by what they have come for decades to see as empty rhetoric on the issue.

Palestinians had woken on Wednesday to new jitters about their fate as former Israeli Prime Minister Benjamin Netanyahu looked set to return to power in one of the most right-wing coalitions in Israel’s history.

There was no formal mention of Israel’s election during the many speeches at the summit that spoke of Palestinian rights.

Since the last Arab summit in 2019, the United Arab Emirates, Bahrain, Morocco and Sudan have agreed to normalise diplomatic relations with Israel, though they still say they back a Palestinian state with Jerusalem as its capital.

The splits among Arab states over peace with Israel and how to advance the Palestinian cause were not publicly aired during the meeting, which several major Arab leaders had said they were unable to attend. 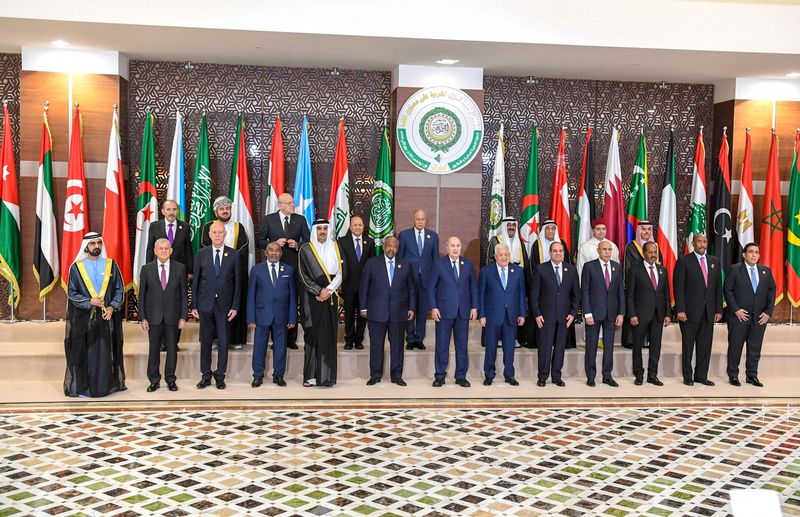