CHICAGO (Reuters) – A series of production delays, cuts in jet delivery outlook and mounting losses at its defense business have damaged Boeing Co’s credibility among investors, who want realistic forecasts from the company.

As investors and analysts gather in Seattle for the U.S. aerospace giant’s first public investor meeting since 2016, they are calling for Boeing to lay out clear targets that it is certain it can meet.

Vertical Research analyst Robert Stallard said Boeing is turning around like a “supertanker.”

“In whack-a-mole fashion, just as Boeing gets something right…, something else goes wrong,” said Stallard.

The Virginia-based planemaker is trying to emerge from overlapping crises: the pandemic and the grounding of the 737 Max, its best-selling model, after fatal crashes.

Those problems have left it with a pile of debt. The company has fallen short of Wall Street earnings estimates for five quarters in a row. Its shares have fallen 29% this year, compared with a 19% decline in the S&P 500 index.

At the top of investors’ wish list is clarity for production and delivery targets of the company’s 737 MAX and 787 jets, the key to Boeing’s free cash flow and profits.

Shortages of parts and labor have hobbled production, and changes in forecasts have eroded investor confidence.

Boeing last month predicted it would deliver 375 MAX planes this year, lower than a July target of “low 400s.” At the start of the year, it had planned to deliver about 500 of the single-aisle aircraft.

Boeing has said it expects the aircraft’s monthly delivery trend to remain in the low 30s going into next year, before ramping up to 40 a month towards the end of 2023. That is below the estimates of some analysts. Similarly, production for 787 planes remains low. Boeing expects to gradually ramp up the rate to five airplanes per month.

Boeing is also expected to provide an update on the certification of MAX 7 and MAX 10 planes. The company faces a late December deadline for the Federal Aviation Administration (FAA) to certify the planes under existing rules.

After that date, all planes must have modern cockpit alerting systems to be certified by the FAA. Last month, Chief Executive Dave Calhoun sounded confident of securing an extension of the deadline.

Boeing’s production and regulatory delays have made it harder for its customers to ramp up capacity to capitalize on booming travel demand. Southwest Airlines Co, Boeing’s biggest 737 customer, last week said a portion of its MAX deliveries is expected to be delayed. The Dallas-based carrier expects no 737 Max 7 deliveries this year and has converted 17 orders for next year to the 737 Max 8.

A pick-up in jet deliveries should boost Boeing’s free cash flow, helping it pay off its debt.

Investors are also looking to find out if the planemaker has got a handle on its defense business after reporting a $2.8 billion hit on fixed-price contracts last week.

The heavy writedowns have sparked concerns that these contracts could result in more charges. Some analysts say the company’s poor track record in forecasting defense charges have raised questions over the outlook it provides.

“Every quarter one hopes that the program specific bad news has come to an end, but then we get another installment – maybe this is it? Probably not,” said Nick Cunningham, an analyst with Agency Partners. 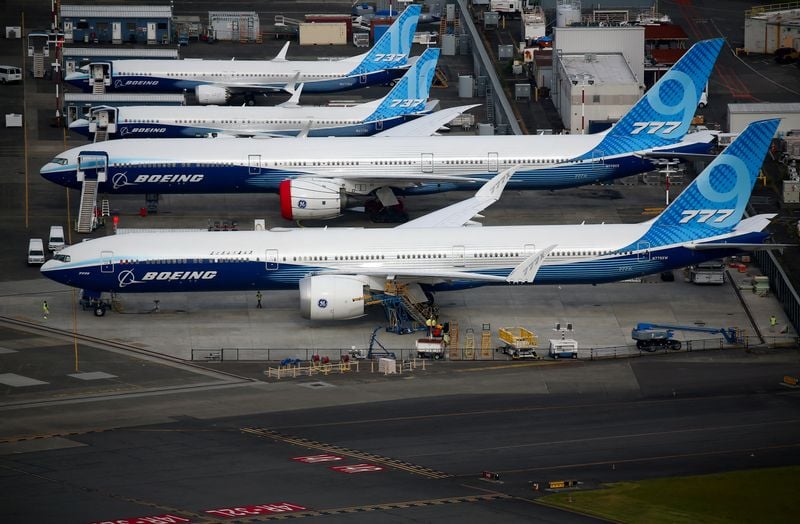