TOKYO (Reuters) – The Bank of Japan may tweak its yield curve control policy next year, such as by widening the band around its long-term interest rate target, if the economy sustains solid growth, former central bank policymaker Makoto Sakurai said on Wednesday.

But any change will be modest and unlikely to kick off a full-fledged interest rate hike cycle, as consumption won’t strengthen enough to trigger a demand-driven spike in inflation, said Sakurai, who retains close contact with incumbent central bankers and is a close associate of Governor Haruhiko Kuroda.

“If Japan can achieve economic growth of around 1.5% to 2% next year, the BOJ may make slight tweaks to yield curve control,” Sakurai told Reuters in an interview. “But the BOJ’s policy, overall, will remain accommodative.”

Under yield curve control (YCC), the BOJ guides short-term rates at -0.1% and the 10-year bond yield around 0% as part of efforts to sustainably achieve its 2% inflation target.

The ultra-low interest rate policy has made the BOJ an outlier among a global wave of central banks tightening policy, and triggered an unwelcome yen fall that boosts import costs.

While Kuroda rules out the chance of a near-term rate hike, some investors bet the BOJ may tweak YCC under a new leadership when dovish governor Kuroda’s term ends in April next year.

If the economy strengthens enough next year, the BOJ could widen the 50-basis-point band it sets around the 10-year yield target, or shift the target to shorter-duration bonds to allow long-term interest rates to rise more, Sakurai said.

“Japan’s economy is in fairly good shape. If it remains steady, the BOJ could abandon negative rates too,” he said.

“But the BOJ will move cautiously in fine-tuning policy” to avoid an abrupt spike in yields, he said, adding an overhaul of YCC or a full-blown exit from ultra-loose policy may not come even under the new BOJ leadership’s five-year term through 2028.

Sakurai was involved as board member in the BOJ’s decision in 2016 to adopt YCC, which was a radical shift in its policy to one targeting interest rate from the pace of money printing.

The central bank has steadily tapered its asset buying since then, a trend that will likely continue, Sakurai said.

Japan’s core consumer inflation rate accelerated to a fresh eight-year high of 3.0% in September, challenging the BOJ’s resolve to retain its ultra-easy policy stance as the yen’s slump to 32-year lows pushes up import costs.

Sakurai said core consumer inflation may stay around 3% for the first half of next year, before slowing in the latter half as the boost from raw material costs and the weak yen dissipate. 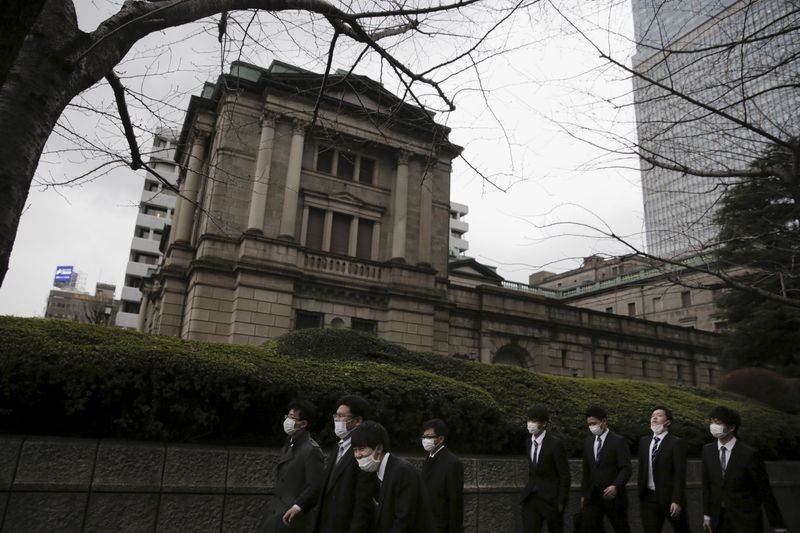