SAO PAULO (Reuters) – Brazilian authorities said on Wednesday they are making headway in their efforts to clear blockades set up across the country by truckers to protest President Jair Bolsonaro’s narrow loss to leftist Luiz Inacio Lula da Silva in an Oct. 30 runoff election.

Brazil’s Federal Highway Police (PRF) said protesters were blocking highways partially or fully in 156 locations as of Wednesday morning, down from around 190 the previous night. The blockades began Sunday night after polls closed in Brazil.

Although smaller than in previous days, the protests are still likely disrupting fuel distribution, meat production, food deliveries to supermarkets and shipments of grains to ports.

Anvisa, the national health agency, warned that the blockades could lead to shortages of medical supplies.

Police said 601 roadblocks had been cleared across the country, though roads remained blocked or partially blocked in 15 of Brazil’s 26 states, most notably in Santa Catarina and Mato Grosso, where Bolsonaro has strong popular support.

Bolsonaro, a right-wing nationalist, has not conceded defeat but has stopped short of contesting the election result and has authorized his chief of staff to begin the transition process with Lula’s representatives.

In remarks on Tuesday, the Brazilian president said the protests resulted from “indignation and a sense of injustice” over the vote, and he did not explicitly ask his supporters to take down the blockades or stop the protests.

The Justice Ministry on Wednesday said more than 900 fines had been issued against drivers who are participating in the protests and using vehicles to block roads.

Truckers, a key Bolsonaro constituency that benefited from his policies to lower fuel prices, have disrupted the Brazilian economy by shutting highways in recent years.

Some of the protesters have called for military intervention to keep Bolsonaro in power. 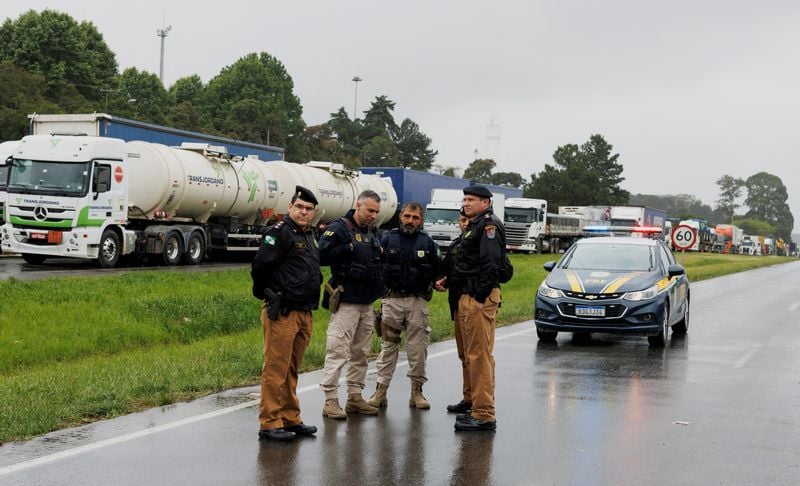 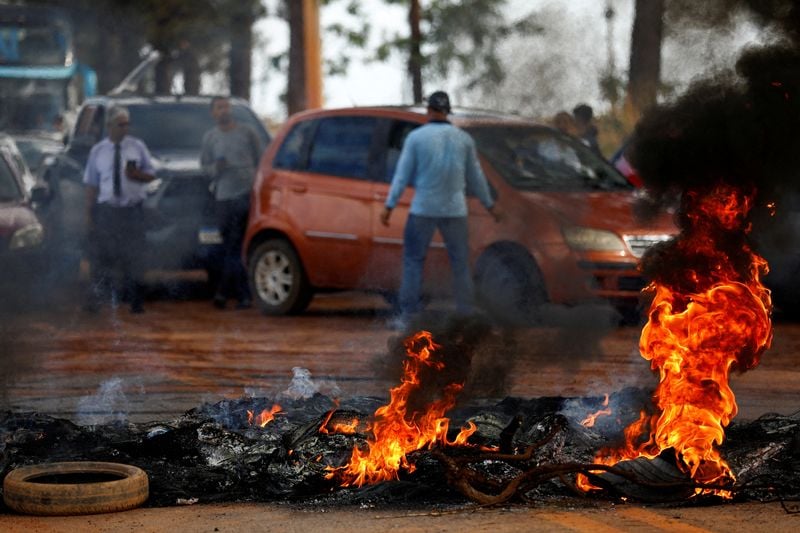 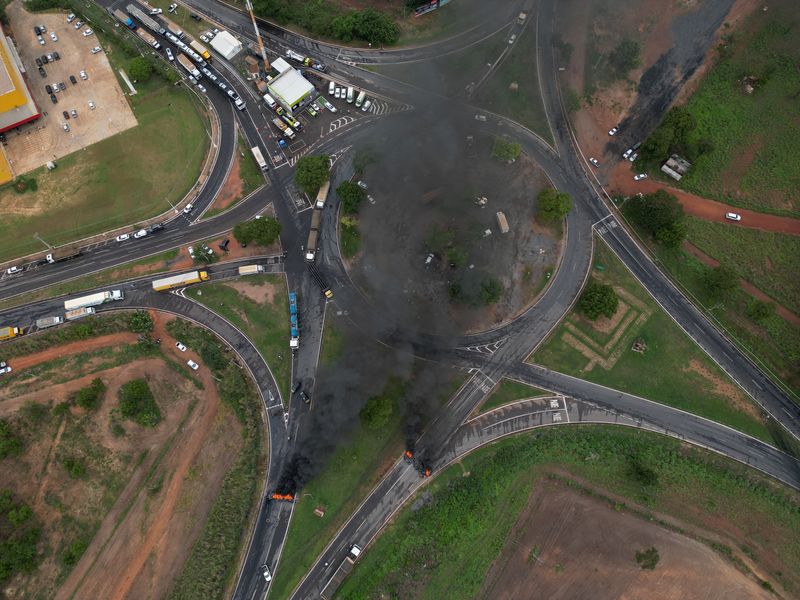