(Reuters) – Pennsylvania’s highest court on Tuesday ordered officials to disallow mail-in ballots with the wrong date marked on the envelope, potentially throwing out numerous votes in close races that could determine control of the U.S. Congress in elections next week.

The ruling is a win for Republicans, who filed the case and who have been fighting to eliminate ballots with incorrect information on them in an effort they say is meant to ensure election security. Democrats say the lawsuits are really efforts to disallow votes and could sway tight races.

In its short ruling, the Pennsylvania Supreme Court also said that it was evenly split on the question of whether throwing out ballots with incorrect dates or no dates marked on the envelopes in which they are mailed violates a federal law that makes it illegal to throw out ballots for trivial reasons.

For that reason, the court directed Pennsylvania county boards of elections to “segregate and preserve any ballots contained in undated or incorrectly dated outer envelopes,” the ruling said.

Such a move would ensure that the ballots were preserved in the event that a higher court overturns the ruling or finds that discarding such ballots would violate the federal law.

The Pennsylvania Supreme Court said that opinions would follow.

The question of whether ballots with small errors such as a missing date on the envelope or a signature that does not precisely match the one a voter used when registering to vote has been hotly contested in recent elections in Pennsylvania.

In 2020, county boards of elections in the state were prohibited from rejecting absentee or mail-in ballots based on signature comparisons, rejections that Democrats said were aimed at throwing out votes for U.S. President Joe Biden, who defeated Republican incumbent Donald Trump that year.

Courts were also asked to weigh in on whether ballots that were postmarked by election day but arrived afterwards should be counted.

Such cases have been used by Republicans who falsely claim the election was stolen from Donald Trump. However, last spring, it was a Republican who demanded that votes with incorrect dates on their envelopes be counted. 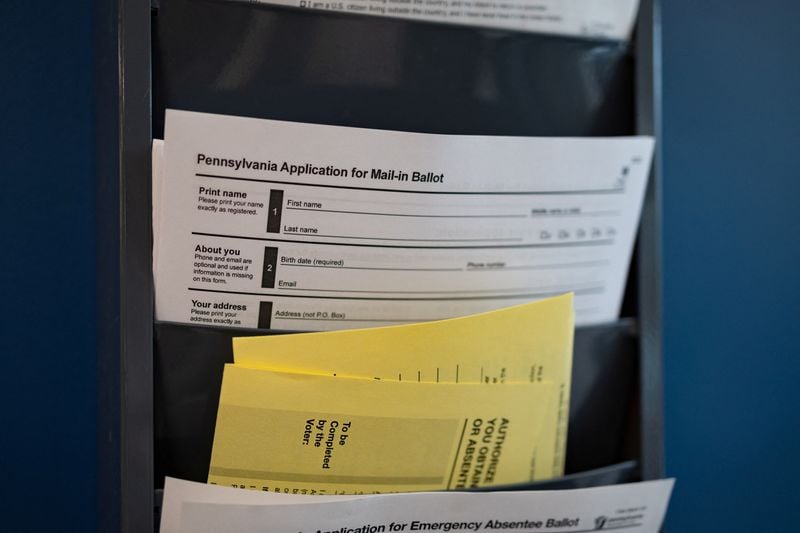