By Dawn Chmielewski and Byron Kaye

(Reuters) – Rupert Murdoch’s proposal to recombine News Corp and Fox Corp and capitalize on sports betting has yet to convince Wall Street as the valuations in the once red-hot gambling market crumble, according to former employees, financial analysts and sports media experts.

While some former employees see the move as driven by the 91-year-old Murdoch’s succession planning to consolidate power behind his son Lachlan Murdoch, CEO of Fox Corp, people familiar with the Murdochs’ thinking say they are serious about the sports betting opportunity.

“The proposal is 100% based on business rationale,” a spokesman for Rupert Murdoch told Reuters. “Any commentary that implies it has to do with succession planning is absurd and comes from sources with no knowledge of the strategy.”

There are other factors motivating the merger including a bid to achieve greater scale in news, live sports and information, sources said. Lachlan Murdoch did not discuss the potential deal on Tuesday’s earnings call, but talked up the value of scale, “particularly (in) the next couple of years, when opportunities in the marketplace will emerge.”

As recently as August, Lachlan Murdoch described sports betting as “a huge opportunity” for Fox Sports, telling Wall Street it would fuel viewer engagement. Combining live game broadcasts with News Corp’s sports coverage would create a more compelling sports package, and strengthen the company’s hand when it comes to sports betting, according to people familiar with the deal’s logic.

But Wall Street’s enthusiasm for sports betting has cooled since early 2021, as investors prioritize profitability over spending aggressively to acquire new customers. Thirty-six U.S. states and the District of Columbia have legalized sports betting, though the pace has slowed.

“The thing about the sports betting opportunity is it started off like a house on fire, with all the states approving it,” said Huber Research Inc analyst Douglas Arthur. “But I’m not hearing as much excitement about it right now as I did nine months ago. If that’s the rationale (for the merger), it’s a pretty weak one.”

Since the start of 2022, the stock prices of 11 major publicly traded sports betting companies, including DraftKings Inc and Barstool Sportsbook’s Penn Entertainment Inc, have tumbled by an average of 35%, according to Refinitiv data.

That does not necessarily mean the pace of legalized sports betting is slowing. Total wagers are expected to reach $390 billion globally this year, according to researcher H2 Gambling Capital. Kantar Sports analyst Ryan McConnell said the market is flooded with new entrants and consolidation appears likely.

Casualties are starting to build up. Streaming service FuboTV shuttered its sports betting service in October, and Churchill Downs announced in February that it would abandon online sports.

Since selling their movie assets to the Walt Disney Co in 2019, the Murdochs laid a new course for a slimmed-down Fox, based on sports betting. The company soon paid $236 million for a 5% stake in Toronto online bookmaker the Stars Group which helped launch Fox Bet and owns the app.

The Murdochs’ early foray has been slow-going. The sports betting app Fox Bet is available in four states, with just 0.2% share of the U.S. market, according to researcher Vixio. A free version called Fox Bet Super 6 has attracted some 6 million users whom Fox hopes to eventually convert to gamblers.

The growth of Fox Bet has stagnated since market-leading FanDuel’s owner, Flutter Entertainment Plc, acquired Stars Group in 2020. The companies have been locked in a dispute over the price Fox would pay to exercise its option to buy 18.6% of FanDuel. The matter is the subject of an arbitration case and Lachlan Murdoch told investors a decision is expected imminently.

News Corp has previously stumbled in sports betting. Last month, News’ first direct investment in Australian bookmaking, Betr, went live ahead of the country’s most-watched horse race, the Melbourne Cup. Within two days, an ad that ran in News Corp’s tabloid newspapers triggered a regulator inquiry into whether the ads breached laws prohibiting inducement to gamble. Betr says it is cooperating with the regulator.

Matt Davey, chairman of Las Vegas sports betting investment firm Tekkorp Digital Acquisition Corp, which co-invested with News Corp in Betr, said News had seized on its media reach in Australia, where it sells more than half of all newspapers and runs sports-heavy cable TV channel Foxtel, to create a “pretty powerful combination” of media and betting.

At least one investor is waiting to be convinced that approach will work in the United States.

“Fox has got a far-reaching audience so it does make sense, if you’re going to launch (sports betting) into the U.S., that you have that Fox network, distribution and partnership,” said John Ayoub, a portfolio manager at Sydney-based Wilson Asset Management, which owns News Corp’s Australian-listed shares. “But we’ll probably need a little bit more detail.” 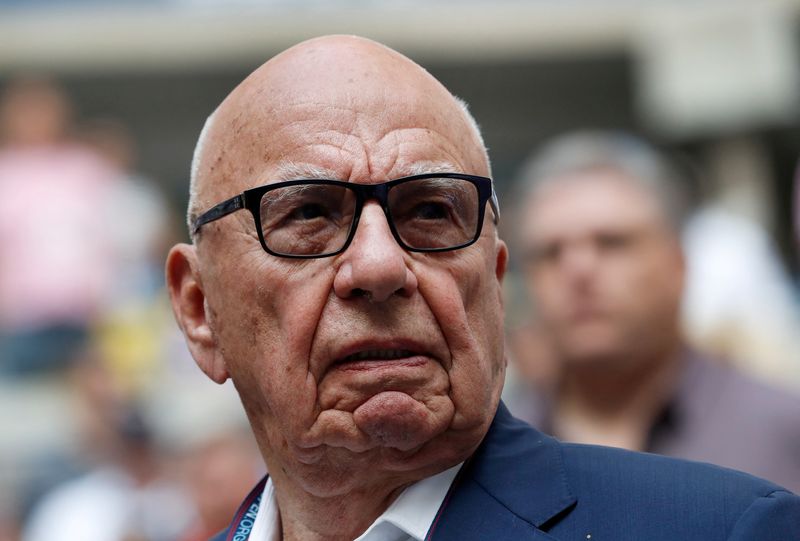