SEOUL (Reuters) – South Korea’s foreign exchange reserves shrank for a third consecutive month in October, although by a relatively small amount, partly due to efforts of taming the won’s fall against the U.S. dollar, the central bank said on Thursday.

The country’s foreign exchange reserves fell by $2.76 billion last month to $414.01 billion, data released by the Bank of Korea showed. It had dropped by $19.67 billion in September, which was the second-biggest monthly drop on record.

The central bank cited efforts to contain the weakening won as a factor for the decline, which it said more than offset gains of reserves in dollar value coming from the U.S. unit’s drop in value against major currencies.

October marked the 10th out of the past 12 months that South Korea’s foreign exchange reserves shrank, as the won lost 18% of its value against the dollar over the 12-month period. 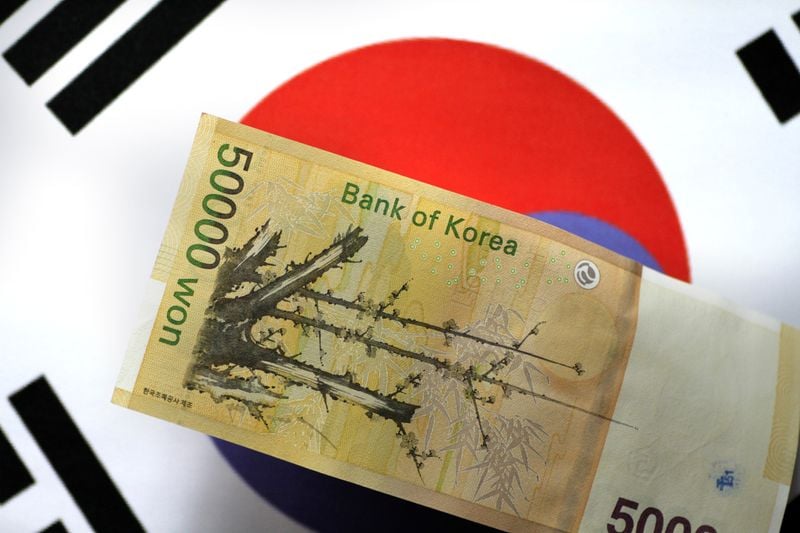