TAIPEI/WASHINGTON (Reuters) -U.S. Federal Communications Commissioner Brendan Carr is in Taipei this week for meetings on 5G, cybersecurity and telecoms to show U.S. support for Taiwan.

Carr is the latest senior official from the United States to visit the island and the first FCC commissioner to visit.

“Everything that we can do as Americans to show support and that we are allied with Taiwan – whether it’s big things or in the case of me a very small thing – everything matters to China’s calculus,” Carr told Reuters in a telephone interview.

of meetings with government agencies.

He is also meeting with the tech and telecom sectors and holding meetings in Hsinchu – home to Taiwan’s semiconductor industry which he said is an “indispensable part” of the U.S. supply chain.

Carr is a strong critic of China and one of two Republicans on the FCC, which currently has four commissioners and is chaired by a Democratic commissioner tapped by President Joe Biden.

Carr confirmed to Reuters his earlier comments to Axios that he thinks the U.S. government should ban Chinese-owned short video app TikTok because of national security concerns and that he feels the government will be unable to ensure the data security of U.S. users of TikTok.

China, which claims the island as its own despite strong objections by Taiwan’s government, has in the past reacted angrily to such official exchanges between Taipei and Washington.

China has stepped up military activities near democratically governed Taiwan since August when it conducted blockade drills around the island following a visit to Taipei by U.S. House Speaker Nancy Pelosi.

The Biden administration has sought to keep tensions between Washington and Beijing, inflamed by the visits, from boiling over into a conflict, reiterating that such trips are routine.

The United States has no formal diplomatic relations with Taiwan but is bound by law to provide the island with the means to defend itself.

(Reporting by Sarah Wu and Yimou Lee in Taipei and David Shepardson in Washington; Editing by Nick Zieminski and Matthew Lewis) 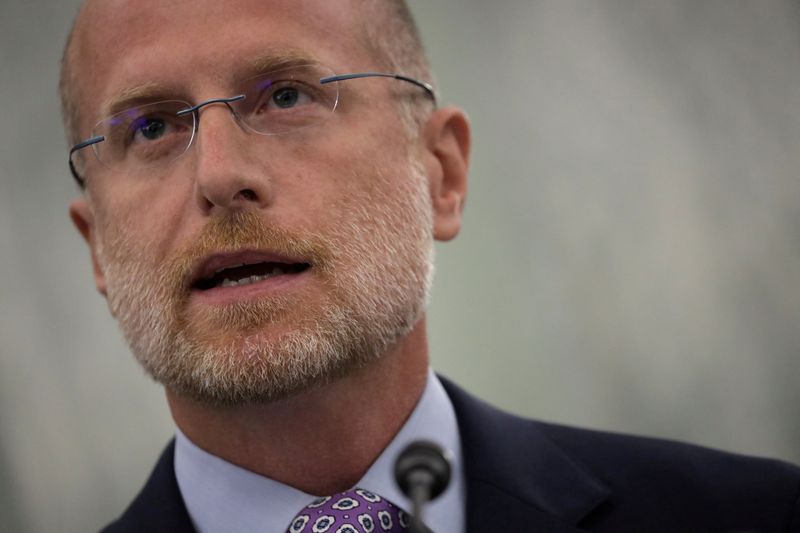