SYDNEY (Reuters) – Australia’s central bank on Friday downgraded the outlook for economic growth, warning that more rate hikes will be necessary to bring down sky-high inflation even as it strives to avoid an outright recession.

In its quarterly Statement on Monetary Policy, the Reserve Bank of Australia (RBA) raised its forecasts for inflation as it predicts higher wage growth ahead, and foreshadowed a faster pick-up in unemployment next year.

Yet even with further increases in rates, inflation was not expected to return to the bank’s 2-3% target range beyond the end of 2024, pointing to a long period of pain ahead.

“There are many uncertainties surrounding these forecasts that make the path to achieving the Board’s objective of returning inflation to target while keeping the domestic economy on an even keel a narrow one,” said the RBA.

It added sharply higher electricity and gas prices – which are projected to rise by 20-30% next year – are likely to slow the return of inflation to the target range, while another round of floods has damaged the domestic food supply.

Consumer inflation is now expected to peak around 8% later this year, up from 7.75% in its forecast in August. Core inflation – the trimmed mean – would likely accelerate to 6.5% by the end of the year, up from 6.0% previously.

However, the silver lining, according to the bank, is medium-term inflation expectations and wages growth have remained consistent with the inflation target, and it is important that this remains the case.

The central bank lifted its cash rate by 25 basis points on Tuesday to a nine-year peak of 2.85%, bringing its tightening to a steep 275 basis points since May.

It downshifted to a 25 basis point increase in October after four outsized hikes of half a point, becoming the first of the major world central banks to slow its pace.

Citing reasons for the downshift, the RBA said it was mindful that policy operates with a lage and the full effect of higher rates is yet to be felt in mortgage payments and household budgets.

It also acknowlegded that higher inflation is eroding real household incomes against the backdrop of a possible global recession.

That leaves the RBA walking a narrow path between curbing inflation while not tipping the economy into recession.

However, the bank reaffirmed its determination to bring inflation back to target, warning that rates will need to rise further.

“If in future the Board judges that it needs to increase the cash rate in larger steps to secure the return of inflation to target, it will do so,” said the RBA.

“Similarly, if the situation requires the Board to hold the cash rate steady for a period, it will do so.”

Markets expect the RBA to hike by another quarter-point in December and see rates peaking around 4.1% by July next year.

The RBA now see the jobless rate to remain at its nearly 50 year low of 3.4% by the end of the year, unchanged from the previous forecast, before rising to 4.3% by late 2024.

All these forecasts are based on the technical assumption that interest rates peak at around 3.5% in mid-2023 before easing back to around 3% by the end of 2024. 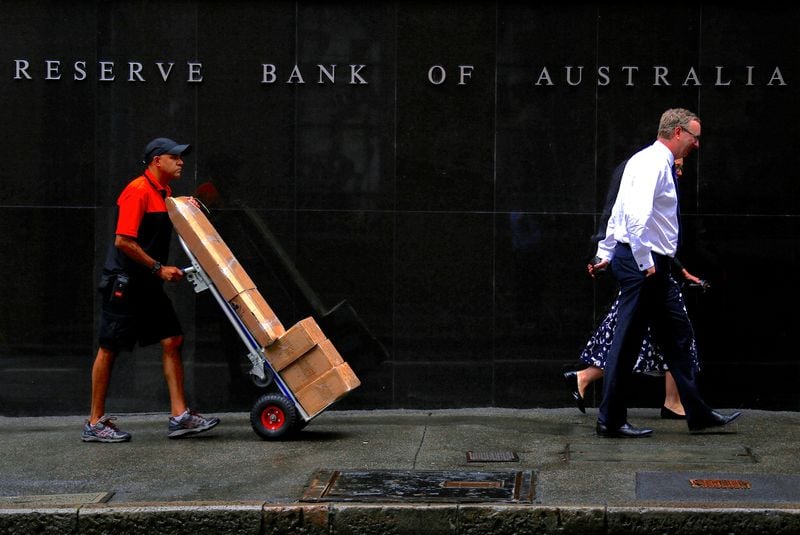