By Helen Reid and Arshreet Singh

(Reuters) – Barrick Gold Corp shares hit their lowest level since March 2020 on Thursday after the world’s second-biggest gold miner reported a 30.1% drop in third-quarter profit due to weak production and higher costs.

The Toronto-based miner said it now expects to exceed its previous gold cost guidance for the year, as all-in sustaining costs (AISC), an industry metric that reflects total expenses, rose to $1,269 per ounce, a 22.7% increase on the September quarter last year.

Toronto-listed shares were down 6.9% to 18.26 Canadian dollars, on track for their biggest one-day drop in two years.

The cost increase was largely down to a 9% fall in gold production from 1.09 million ounces to 988,000 ounces, CEO Mark Bristow told Reuters in an interview.

“Of course we’ve got cost pressures everywhere,” Bristow said, adding that the worst-affected mines were Carlin and Cortez in Nevada, and Veladero in Argentina.

All-in sustaining costs for copper also rose, to $3.13 per pound from $2.60 per pound. Copper production increased, however, to 123 million pounds from 100 million pounds.

Barrick remains on track to achieve its 2022 production guidance, Bristow said in a statement. The miner however said production at both Turquoise Ridge in Nevada and Hemlo in Canada is expected to be below the 2022 guidance range.

(Reporting by Arshreet Singh in Bengaluru and Helen Reid in Johannesburg; Editing by Sriraj Kalluvila and Shailesh Kuber, Kirsten Donovan) 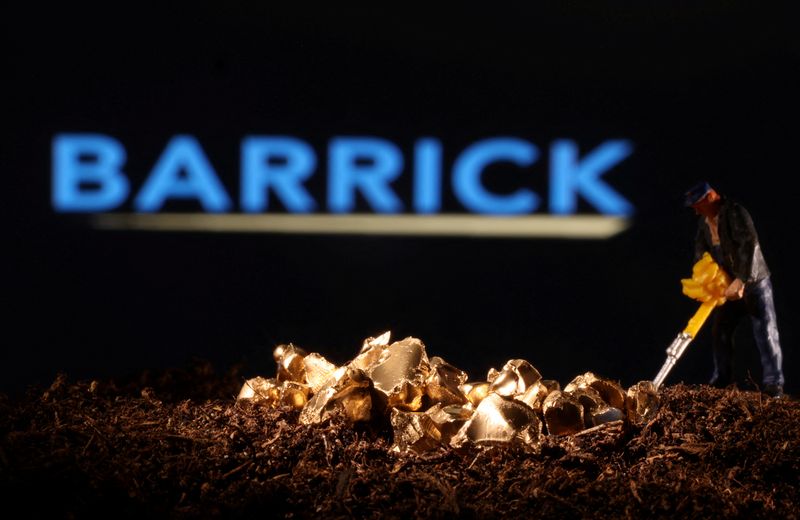