OTTAWA (Reuters) – Canada set out on Thursday C$11.3 billion ($8.2 billion) in new spending this year and next, and slashed its budget deficit forecast by nearly a third for the current fiscal year, in an economic update it promised would not push up inflation further.

The finance ministry said the deficit for this fiscal year would be C$36.4 billion, down more than 30% from the C$52.8 billion forecast in April. The ruling Liberals also forecast a small surplus in 2027/28, in what would be their first balanced budget forecast since 2015.

But the government slashed its 2023 real GDP forecast to 0.7% from 3.1% in April, though it said the economy would avoid a recession in its baseline scenario. Growth is slowing sharply as the Bank of Canada hikes rates to calm hot inflation.

“As the central bank fights inflation, we will not make its job harder,” Finance Minister Chrystia Freeland said in prepared remarks.

“We are providing targeted relief, because that is the right thing to do.”

(Reporting by Julie Gordon and Steve Scherer in Ottawa, Editing by Deepa Babington) 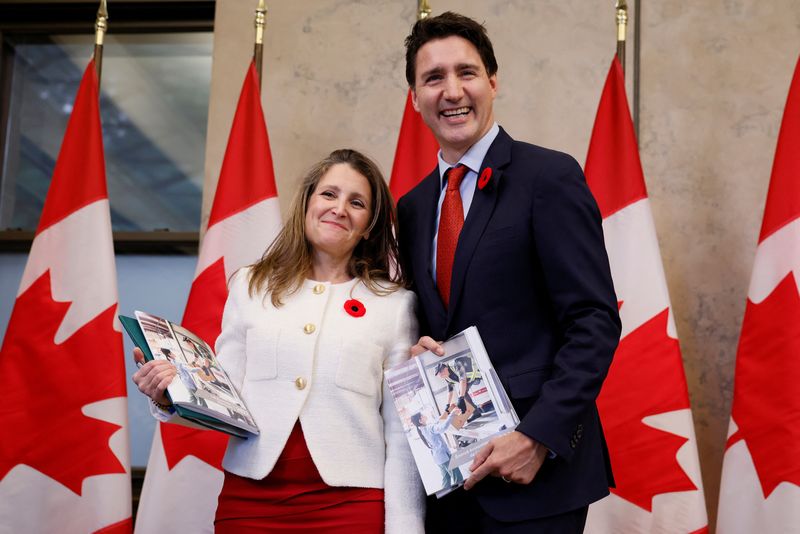