OTTAWA (Reuters) – Canada will do targeted draws for skilled immigrants for the first time starting next year, allowing it to cherry pick applicants with the most in-demand skills for the regions of the country that most need workers, the federal immigration minister told Reuters.

A key focus will be on recruiting more doctors and nurses, but only for provinces that make it easier for health workers to validate their foreign credentials and start practicing when they arrive, Minister Sean Fraser said in an interview late on Wednesday.

“We can do a targeted draw beginning in 2023. That will allow us to select workers by the sector that they work in and the part of Canada that they are going to,” said Fraser.

“This means we will be able to bring a greater focus to welcome more healthcare workers … in jurisdictions that will allow them to practice.”

Breaking News:  Thousands march in Spain to demand end of violence against women

In Canada, many economic immigrant candidates are ranked based on language, education and other skills, and those with the highest overall score are invited to apply for permanent residence status.

The change will allow Canada to filter for specific skills and sectors, or for people who will move to specific regions.

Canada is struggling with an acute shortage of workers. The most recent job vacancy data showed there were 958,500 open roles in Canada in August and 1.0 million unemployed people.

Prime Minister Justin Trudeau’s government this week boosted its immigration goals and said it aimed to bring in 1.45 million new permanent residents over the next three years. The targeted draws will be under Canada’s federal “high skilled” category, accounting for roughly 21.1% of newcomers over that period.

Business groups have said the government needs to do more on immigration to help companies grappling with a historic labor shortage.

Canada’s healthcare system is buckling under the strain of the COVID-19 pandemic and a nursing shortage. But the country has also struggled to accredit healthcare workers once they arrive, meaning many foreign-trained doctors and nurses do not end up working in their field.

The provinces are responsible for healthcare in Canada.

“I’m not interested in conducting a targeted draw for healthcare workers that are going to come to Canada and not be permitted to practice their profession,” Fraser said.

He added the federal government would work with provinces to ensure a clearer pathway and go ahead with targeted draws for those provinces that ease the transition.

As immigration levels ramp up to record highs, questions are mounting on where the newcomers will live. Canada already faces a housing shortage.

Fraser said the government would focus on welcoming more skilled construction workers to help build new housing supply and on selecting newcomers for areas with the “absorptive capacity” to take them. 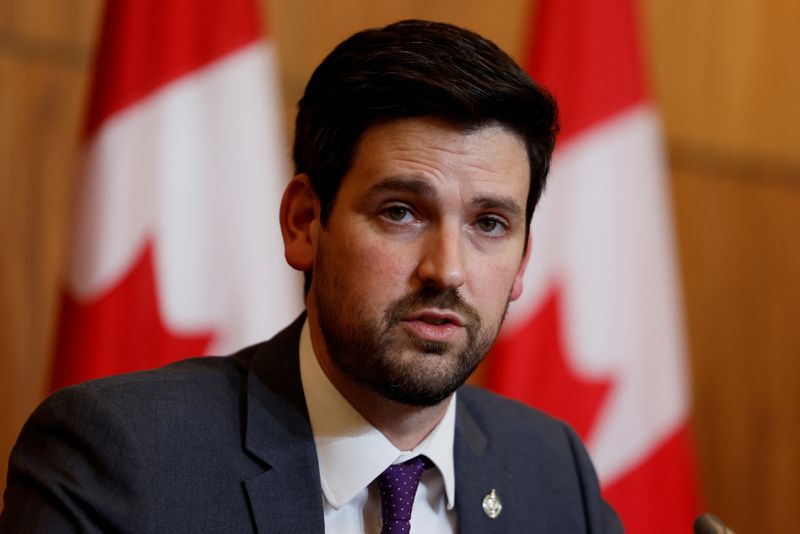