BEIJING (Reuters) – The U.S has “no right” to interfere in Chinese cooperation with Germany, China’s foreign ministry said Thursday, after Washington cautioned against Beijing getting a controlling stake in Hamburg’s port terminal.

U.S. interference is symptomatic of its practice of coercive diplomacy, foreign ministry spokesman Zhao Lijian told reporters at a daily briefing in Beijing.

“Pragmatic cooperation between China and Germany is a matter for the two sovereign countries, the United States should not attack it without reason and has no right to meddle and interfere,” Zhao said Thursday, a day before German Chancellor Olaf Scholz was due in Beijing for a one day visit where he is expected to meet President Xi Jinping.

Chinese shipping giant Cosco made a bid last year to take a 35% stake in one of logistics firm HHLA’s three terminals in Germany’s largest port, but Germany’s coalition was divided over the deal.

Last week the German cabinet approved a 24.9% stake investment by Cosco in what an economy ministry source described as an “emergency solution” to approve the deal but mitigate the impact.

The approved investment does not give Cosco any say in management or strategic decisions. 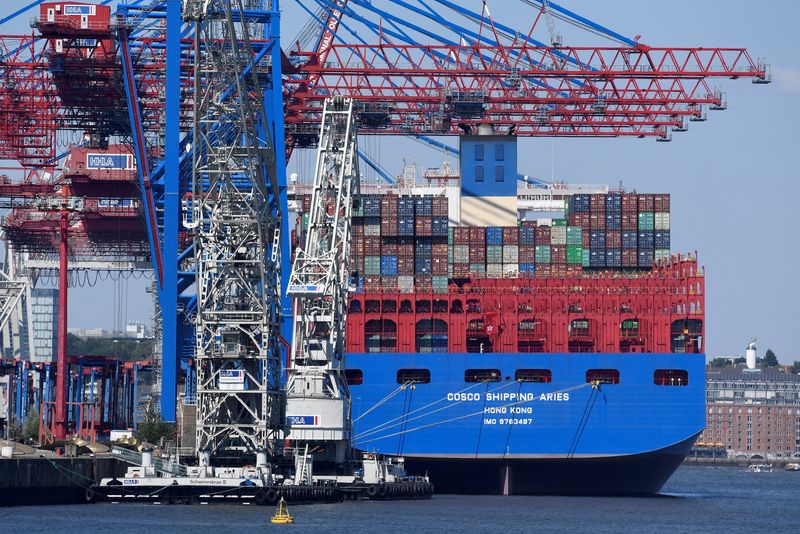