By Raghav Mahobe and Leroy Leo

(Reuters) -Cigna Corp on Thursday raised its annual adjusted profit forecast for the third time after beating quarterly estimates on the back of strength in the health insurer’s Evernorth unit that houses its pharmacy benefit management business.

Cigna’s shares were up nearly 2% in morning trade.

Quarterly sales at the Evernorth unit rose about 6% to $35.70 billion, driven by strong growth in its specialty pharmacy services that provide drugs for conditions like rheumatoid arthritis, cancer, HIV and rare diseases.

Cigna’s insurance business managed to keep a tight control on costs as medical care ratio, a measure of medical expenses against premiums collected, improved to 80.8% from 83.5% a year ago when there was a surge in COVID cases.

The insurer’s third-quarter COVID-related costs were at similar level to that in the second quarter, “whereas we had assumed a bit of an uptick”, Chief Financial Officer Brian Evanko said on a conference call with investors.

Evanko said its PBM would need to spend about $200 million next year to set up the required systems to implement the contract before it comes into effect in 2024.

Cigna now expects adjusted income from operations of at least $23.10 per share for the year, compared with its prior forecast of at least $22.90. Analysts on average expect a profit of $23 per share, according to Refinitiv data.

Net income attributable to shareholders surged 70.1% to $2.76 billion due to a $1.4 billion after-tax gain from the sale of its Asia Pacific and Turkey accident and health business to Chubb Ltd.

(Reporting by Raghav Mahobe and Leroy Leo in Bengaluru; Editing by Arun Koyyur and Maju Samuel) 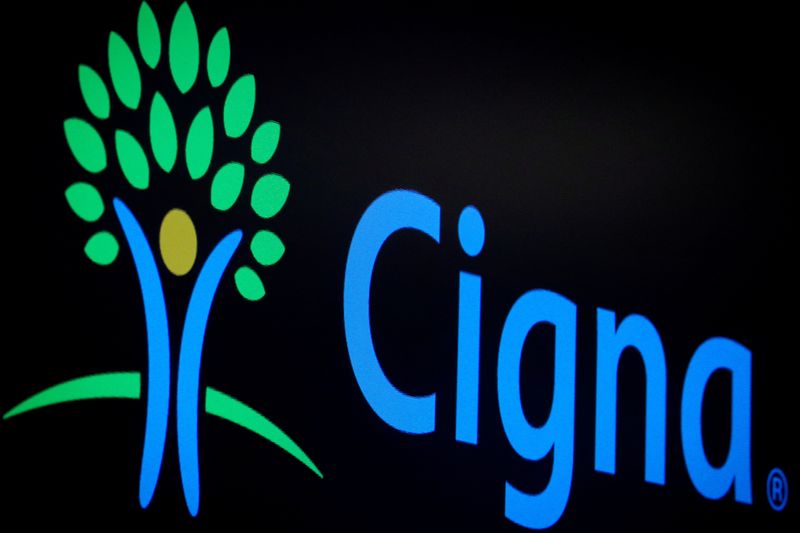